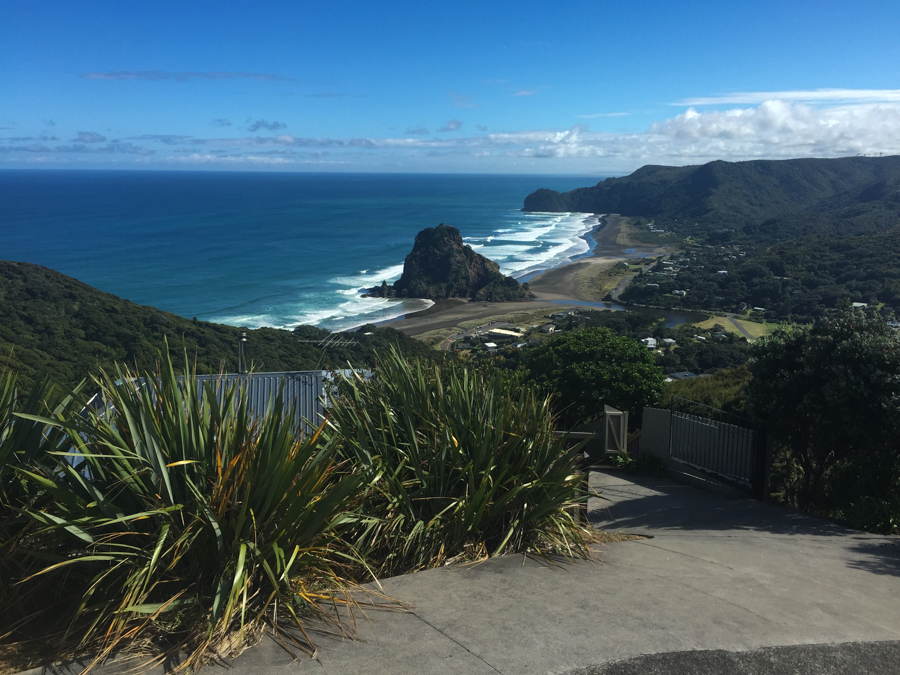 looking down into piha as you drive down piha rd. *home!*

our time in piha is drawing to a close and likewise the warmth of summer is slipping away, the evenings and early mornings are getting ‘brisk’, getting in for a surf needs a little more prep talk, jumping in to harvest a feed of mussels needs to be offset by the thought of the meal and a walk on the beach needs more than just a pair of boardies if its not in the middle of the day!

last weekend we had jeremy, leesi and friends of theirs, geoff & orla over for dinner, jeremy did a dash over to hendo and stocked up on a suitable selection of boutique beers and kai, sal & i bolted over the ridge and braved the surf and cool afternoon to bag a few kilos of massive mussels off the reef. we found the mother lode of the monstor mussels and luckily kai lugged the backpack most of the way back home! it was a great night with lots of mussels, beer, chat and laughs. 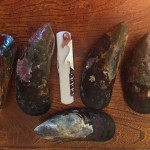 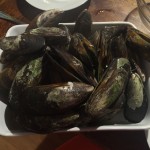 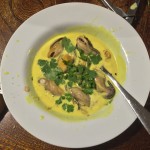 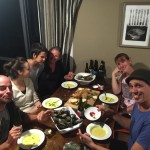 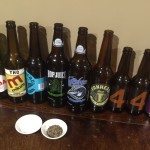 the bottles & the damage done!

we had intended to do a big walk down a ravine, along the pararaha creek over at karekare with jeremy, leesi, geoff & orla the next day, but sal & I piked out and stayed at home, it was a 5 hour walk thru the forest and along the beach and as the weather was a bit dodgy in the morning we gave it a miss.

later in the day sal & i decided to have a walk ourselves and decided to explore a track thru the forest behind our bach which we hadnt had a chance to check out. we just intended to have a quick walk to blow the cobwebs away, but it was so beautiful, meandering along a stream before climbing gently up a ridge behind north piha beach so we just kept going.

the track got steeper and steeper and the views, when we got glimpses thru the dense forest, were stunning, and we kept thinking we were nearly at the top so we just kept going. in the end we realised the track followed all the way up the spine of a very high ridge that peaks up behind whites beach and is one of the highest points surrounding piha – quite a few hundred metres in elevation!

we ended up at anawhata rd above white’s beach and then had a climb all the way down from the peak of the ridge back to the end of north piha beach and home – it took us a good 2 ½ hours. it was breath taking though, so steep – especially down into whites beach, it was pure luck we did the walk really, if we had known how hard a climb it was we would never have set off to do it, but we were both blown away by the scenery and so grateful we got a chance to see it before we left.

the ridge we climbed in the background, we started out of frame on the right

midweek we had another meal with jeremy & leesi, they had been over on waiheke island for a few days and got back late so we told them to come down for a stir fry with us, they came armed with french cheeses and sticky dessert wine to go with! we had the gewürztraminer with the soft goats cheese and pear, and then a nice syrah with the camembert. 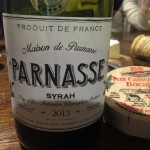 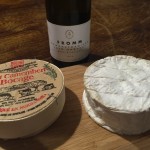