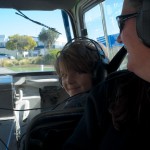 kai in the Hagglund 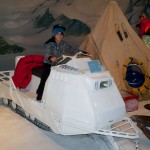 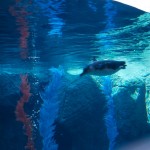 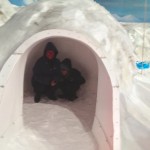 in the igloo in the cool room 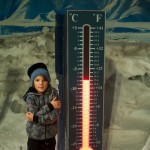 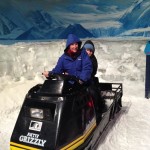 sal & kai on the ski doo in the cool room! 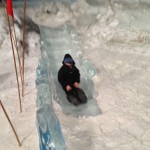 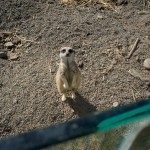 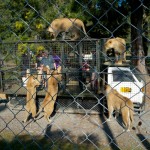 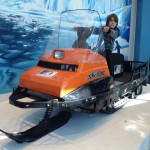 kai on the ski-doo

christchurch may have been devastated by earthquakes over the last 12 months as well as terrible floods and liquification this winter, but it has bounced back to restore its place as the clayton’s melbourne – the melbourne you are having when you are not having a melbourne.

i am sure if i put a location somewhere in kew into the gps it would tell me to ‘turn left in 200m, arriving at destination on left’.

anyway, last night we went over to maureen and gerry’s place in st albans for dinner, we met them in nhulunbuy when they were visiting their son, and our friend, john. we had a couple of great days with them at home, one out on the granite islands and another big dinner at john & tomoko’s.

gerry is recovering very well from john pushing him down the boat ramp in gove, his hip and elbow are healing up well john, no need to beat yourself up anymore about such a mean spirited assault on your own father.

back to the story at hand, maureen cooked us a huge meal, kai ate 3 bowls of dessert and some icecream to boot, gerry and i put down a few cans of speights as real men do and a lovely night was had by all.

we were shown numerous embarrassing pics of john from a baby onwards which will provide hours of teasing entertainment on our return home.

having got over all of that we headed out this morning to the antarctic centre and went for a mad ride in the hagglund which is a crazy snow vehicle with tracks that can climb walls, cross canyons and probably fly to mars.

we also ventured into the cool room where the temp is a cozy -8degs and then they turn on the air con and take it down to -18deg which is a ‘wee but chully’ even for kiwis.

there was a huge amount of other displays, films, penguins, information and so on, it was all brilliant and very entertaining and informing for all age groups, a must see if you are in  christchurch.

we also went to the orana wildlife park, which was about as exciting as box hill – and a similar amount of wild animals. i wont harp on, suffice to say, dont bother. kai did say the playground was good, but at $65 for entry its a rather expensive playground.