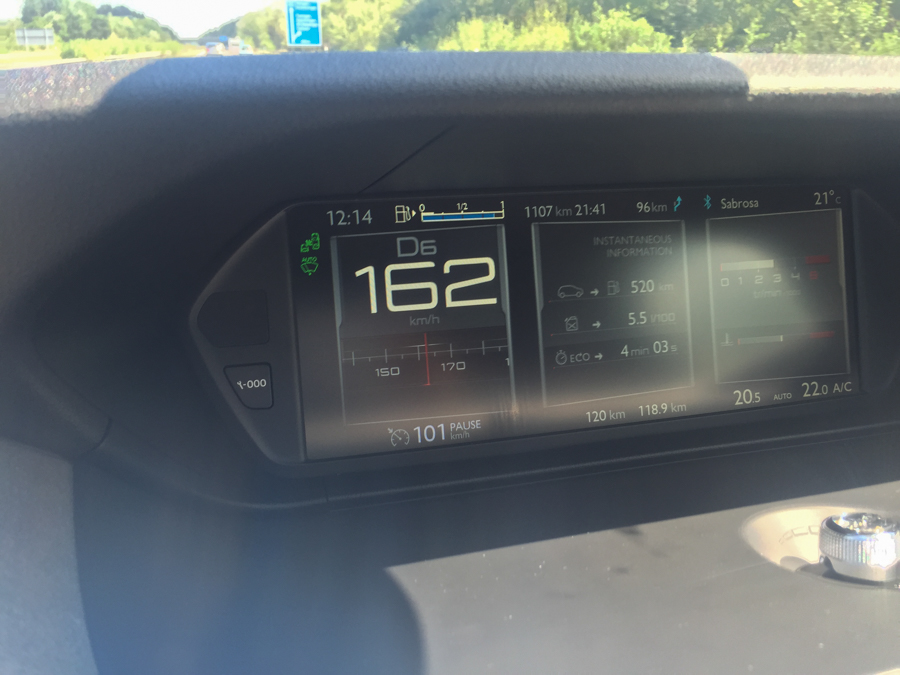 after looking into flights from zürich to copenhagen we worked out it would be cheaper – and more fun – to hire a car and drive up to visit our friends thomas, mie, ida, benji and jonas. they live in a town called svendborg on the island of fyn between copenhagen and jutland.

zürich’s amazing public transport meant that we could walk 100m up the hill and catch the number 10 tram to the door of the airport and pick our hire car up from there. even better the trams have a fold down step that means you can just wheel your bags straight on to the tram from the platform!

i had booked a ford fiesta but we ended up getting a brand new citroen C4 with only 10kms on the clock! its a typical french car – very cool, lots of quirky things and one or two downright weird things! the weirdest being the auto gear selector which is a little lever on the steering column behind the steering wheel – a bit like the old column shift on a 1960’s holden!

regardless it is a very comfortable car and depite being an auto diesel seems to fly along pretty well – i had no trouble cruising at 160-170 kmh on the autobahn.

the drive from south to north across the whole of germany reaffirmed just how much farmland and forest germany has, other than driving around hamburg we really saw no sign of suburban or city life. it continues to be a surprise to me to see just how much green there is. the autobahns are great, a reminder of the stupidity of 100kmh speed limits on australia’s freeways. the only drawback is the constant roadworks, we were lucky to do 50km without hitting a stretch of up to 10kms of roadworks where a couple of lanes are being resurfaced and the traffic is rerouted sharing the other side of the freeway. the limit drops back to at least 80kmh and sometimes even 60kmh. 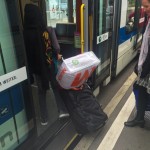 getting on the #10 to the airport 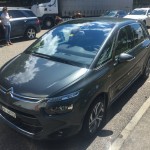 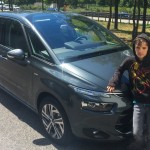 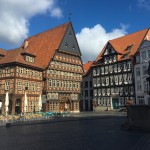 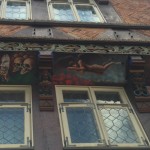 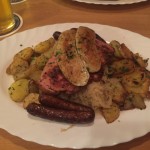 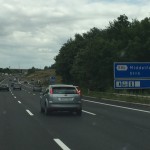 we decided to stop a bit over halfway for an overnight break – the total distance is about 1250km – so when we got to a town called hildesheim, which looked big enough to have a hotel and shops, we pulled off the autobahn and drove around until we came across a hotel!

it was actually quite a pretty town with some lovely old buildings in its center square, i found out later that it had all been flattened by biggles in the war so all the buildings were faithful recreations rather than restored originals!

sal and i went out for dinner at a typical german pub and enjoyed a meal of würst and sauerkraut – it was the first real german food we had in germany.

the next day we arrived at the brieghel home in svendborg, we hadnt seen them since we spent so much time together in italy where they were living in the same village we stayed in, monticiano in tuscany – 7 years ago.

it was fantastic to catch up, it took all of 5 minutes for the kids to connect again and start playing together. kai is 2 days older than ida and benji is 9, they both have very good english and although jonas doesnt have much english it doesnt matter much with kids playing.

thomas is no longer working as a chef, he is an events manager at a castle that does mainly very high end and expensive weddings, hence he arrived home after work bearing an armful of leftover wines and a box of cuban cigars!

since arriving the weather has been crap, wet, cold and windy – after 9 months of summer around the world i guess we cant complain! I also couldnt imagine a better place or people to be holed up with inside hiding from the weather. we have cooked up a storm of yummy food every day and layed around a lot relaxing and catching up while the kids run riot!

its been great for kai to spend time with ida, she has really dragged him out an into the world of tweeners in a city, they went to the local swimming pool together and met up with 3 more of ida’s girlfriends – kai spent about 4 hours at the pool with 4 typically beautiful young danish girls, with not the slightest idea of how amazingly lucky he is! Ida also took him to the cinema and they caught the bus home, great for his independence and growth. 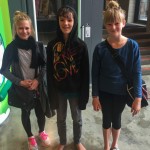 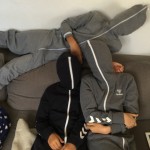 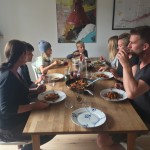 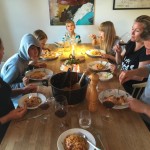