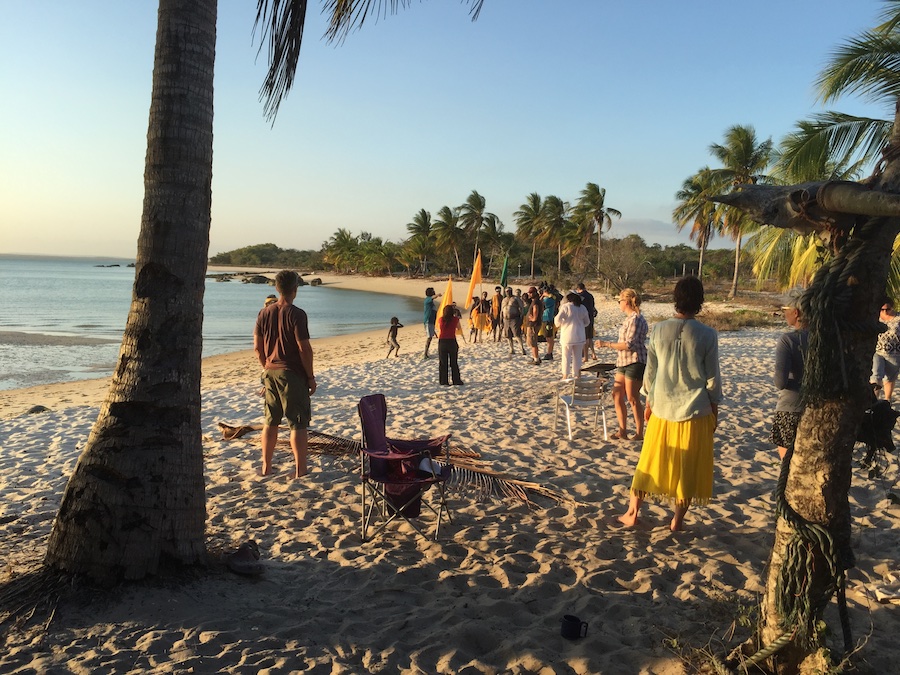 Last weekend sal had to pop over to darwin for an MRI, it was just routine and a confirmation that all is well before we head off on our gap year, but it meant that kai had to come to work with me – because we had a group travelling to bawaka to shoot a fillum!

tourism australia are making a new international advertisment promoting indigenous cultural tourism and had commissioned warwick thornton of sampson and delilah fame to make it, they had done a reccy previously, visiting us as part of a month of travelling australia and visiting suitable locations. now they were back to actually shoot the final footage.

they brought ‘talent’ with them, a woman and a man who are portrayed visiting the various parts of australia featured in the ad, ayers rock, mossman gorge, cape leveque, mount borradaile and here, the talent are shown having a grand old time with the locals and hopefully more cashed up international visitors will be inspired to come and visit!

kai was included in some of the scenes so he may or may not make it past the cutting room floor!

the highlight of the whole experience was probably warwick catching a very decent barra off the rocks at the front of bawaka, the leader broke just as he got it to shore and his son, dylan dived in and grabbed the slightly disorientated and very unlucky barra before it could make its escape!

this event would be challenged for highlight status by the sight of my flesh and blood dressed in a summery skirt and sleeveless blouse, hamming it up with the girls! 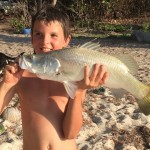 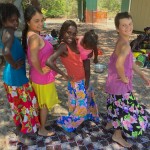 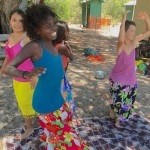 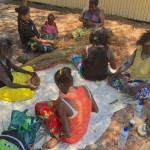 the women hard at work 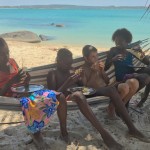 chillin’ in the hammock 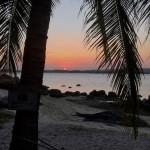 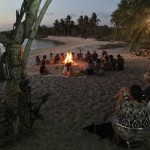 i shot a little bit of video of the performance of ‘djapana’ the song and dance about the sunset, specifically the sunset viewed from bawaka, this is the inspiration for the song of the same name by yothu yindi which was one of their best known songs.

One Response to “fillum”