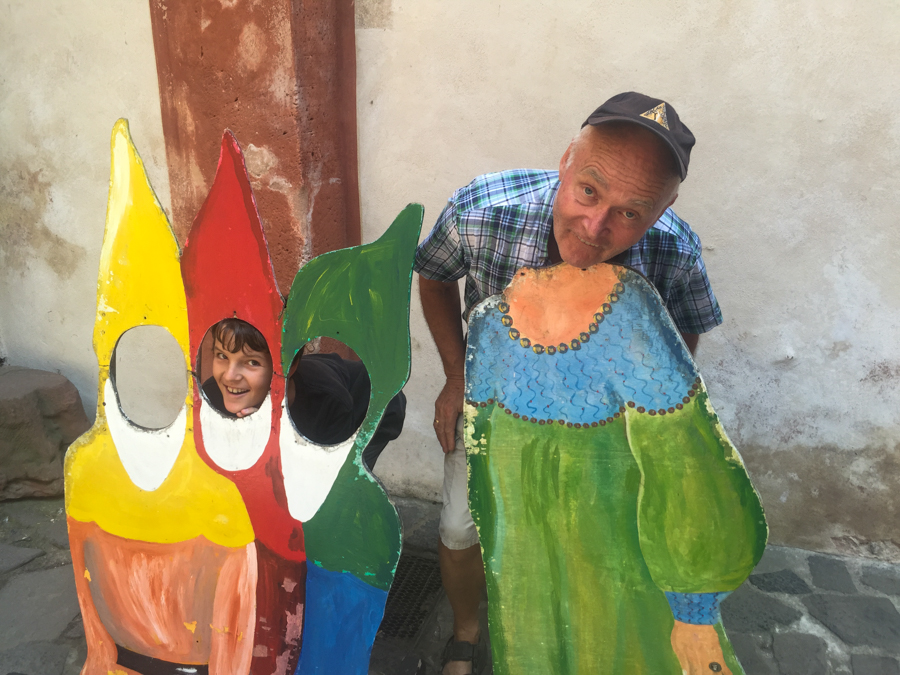 kai and carl hamming it up

carl & dorathea took kai and i to ronneburg castle near where they live, its a medieval castle that hosts role play events for jousting etc. the weekend we visited they were running bow and arrow and cross bow shooting for kids – kai’s idea of heaven on a stick!

the castle was filled with interesting stuff from early furniture to armour and torture equipment. kai had fun with the target practice as well as exploring the castle. there was an amazing well that is 100m down to the water – they chucked in a bucket of water and it was 10 seconds until you heard the splash! 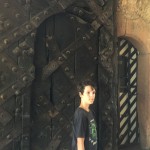 kai at the castle doors 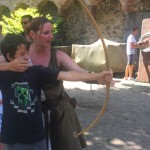 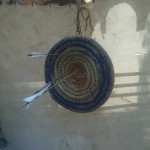 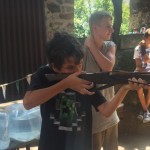 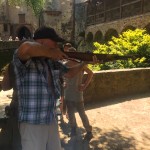 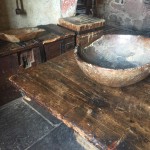 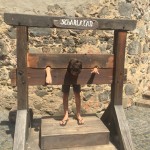 where is the rotten fruit when you need it? 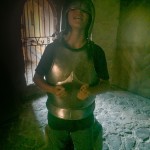 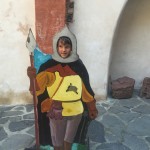 the drive thru the local villages was interesting too, so much agriculture – and of course everything is flourishing mid summer, corn and barley crops everywhere – the houses in the state of hessen are fascinating too, very specific to the state with their timber frames with all sorts of angles and shapes that are then filled with a mix of clay and sticks. the clay filling is painted white and the timber brown generally. 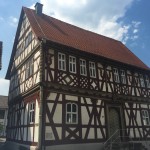 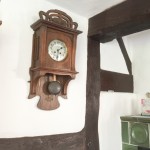 detail of timberwork inside 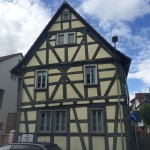 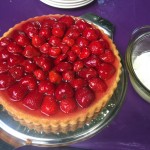 carl and dorathea had also bought tickets for us to go with them to see dirty dancing at the alte oper in frankfurt, i am not normally much of a fan of shows like this, but it would have been a pity to come to europe and not go to at least one live show in one of their amazing venues and see everyone dressed up for a night out! it was actually better than i expected and we all had a very pleasant night!

the alte oper was badly damaged in the war but renovated to its former glory at the cost of half a billion euros! 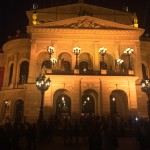 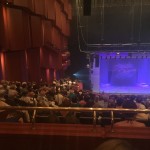 waiting for the show 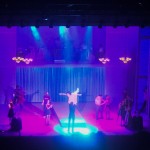 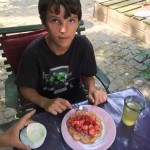 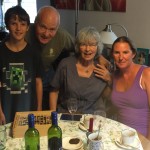 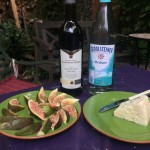 i am rushing through these activities a bit, I have left it far too long to do a catch up – partly to blame is germany’s atrocious mobile broadband, despite being on their main providers network the mobile internet was basically useless.

as carl only had fixed internet with no wifi we couldnt use his either so i was very restricted in my web activity! hence the all too brief summary of what was a fabulous time with the gerdes family!

we also had the pleasure of meeting their son, ardnt, his wife diane, and their cute daughter, själla, they came over for a couple of dinners with us and we enjoyed their company.

our final activity with carl was a visit to the natural history museum, kai had an absolute ball and we all enjoyed it – the amount to look at was just the right size, a couple of hours of looking at all the exhibits and we had covered the scope of the museum without feeling exhausted or overwhelmed! 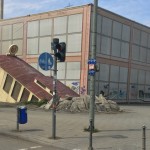 Frankfurt, entrance to a subway station!! 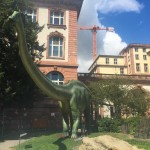 kai at foot of brontosaurus 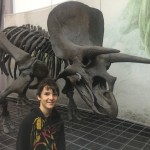 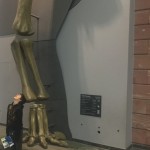 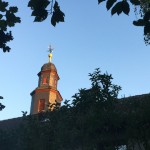 the church next doot to the gerde’s house 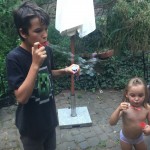 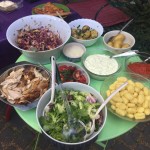 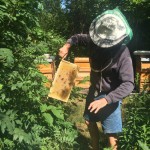 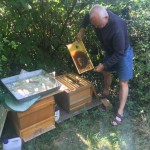 we have taken a couple of jars of carl’s honey with us on our travels, very yummy it is too!

it has been an amazing, if all too short stay in frankfurt and more particularly with carl and dorathea in shöneck. i wish we had longer to spend with them in their very comfortable home. it was lovely to have the time we did together and they were such hospitable and generous hosts. luckily we will see carl again in october – when he comes and stays with us again in nhulunbuy!

One Response to “frankfurt”