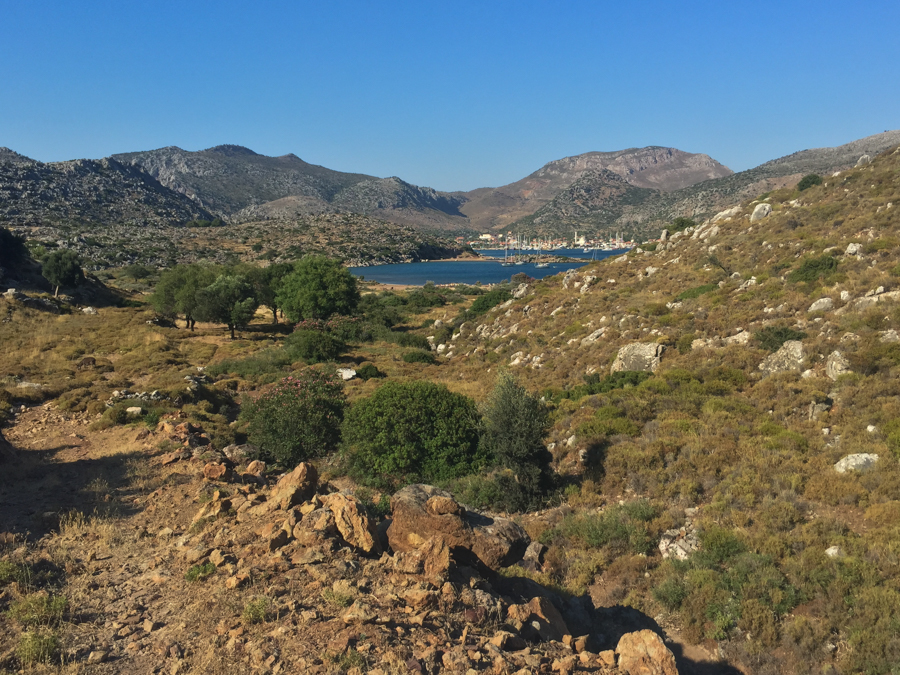 looking back at bozburun

following on from the theme of the previous post, we have a family staying here that we also would never have met even if we had visited their home city of ankara, but here in quiet little bozburun and staying in the same property it was inevitable – especially as they have a 7 year old son, hamzah!

esam is Iraqi, his wife marie is scottish and hamzah is born in turkey – he already speaks arabic, turkish and english and hopes to learn spanish next! esam is a maths teacher and marie an english teacher. i have really enjoyed talking with esam, he is a very interesting guy, thoughtful, intelligent and gentle – he has also fuelled my interest in iraqi food!

meeting someone like esam also makes me reflect on the despicable way australia treats refugees and i wonder how different his story might have been had he sought refuge in australia?

its been great for kai to have a friend to play with again – especially one that speaks english! there is also a young turkish boy who is part of the family here at the apartments and the three of them spend most afternoons in the water together playing.

yesterday esam and i took the boys for a hike round to the other side of the bay and up a ravine that runs up from sea level to the top of the surrounding hills. its a dry creekbed and quite interesting with ancient stone walls built by the greeks to control the water in the winter and create small gardens along the side of the ravine. we also found an old well, it was surrounded by oleandars and still had water in it. there was some sort of water snake in it and as i moved closer to look lots of orange frogs jumped off the oleandars and into the water!

it was a day for animals really, we walked past the usual goats and sheep on the stony slopes and then came across the elusive tortorsises on the beach – i had been told about them but this was the first time they were out and about when we were there.

we also met a wild donkey on the track beside the ravine that we were climbing. all in all a fun boy’s outing! 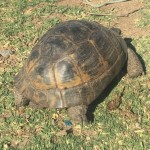 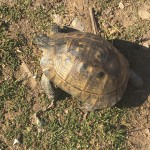 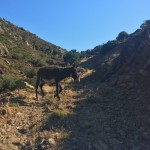 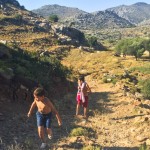 hamzah & kai with the donkey!