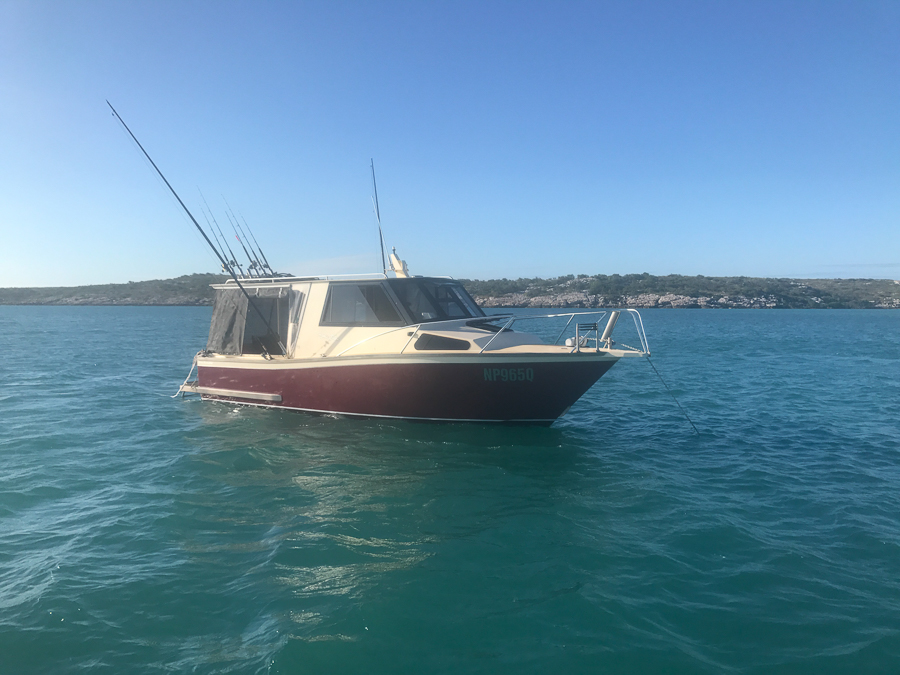 we had our first overight trip on the new boat this weekend, dave came along and we also took the tinny which we towed behind the new boat. we launched from the yacht club on friday night and anchored in the bay for the night. after getting things organised we went ashore and had dinner at the yacht club which meant we could spend the night on the boat and then head off first thing in the morning.

one of the most important additions to the boat was a decent coffee maker, i dug out my 60 year old Atomic style, La Sorrentina stove top and in combination with the Knock hand grinder we had the perfect combination for marine coffee! The perfect start to our voyage. 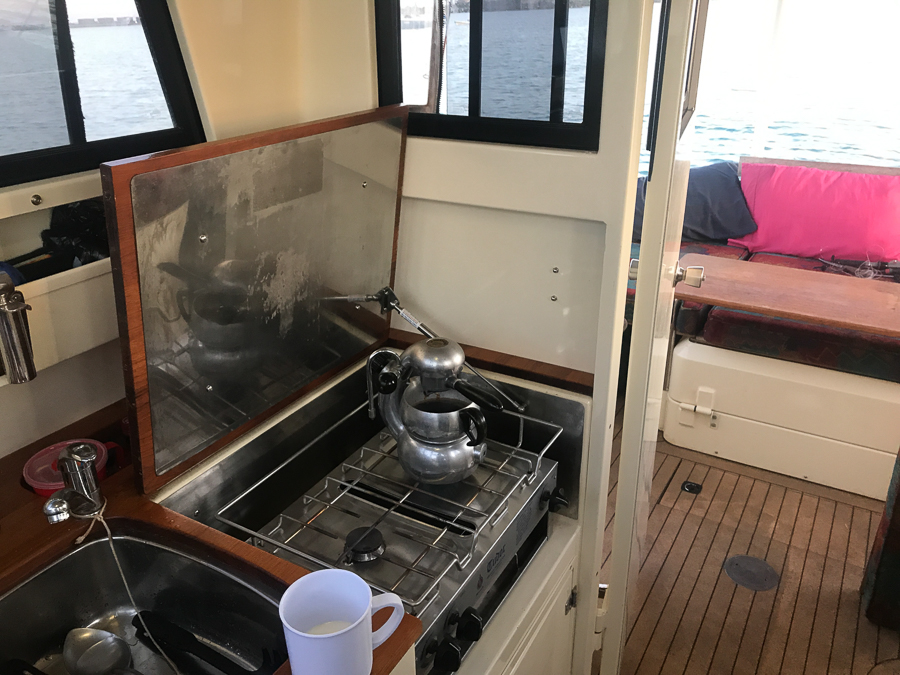 we planned to head north, up to cape wilberforce and around into elizabeth bay, the main aims of the trip were to test how well the tinny towed behind the boat and how all the systems worked and what it was like to ‘live’ on for a few days.

we got up to the anchorage mid morning on saturday and once we had anchored and settled in dave and i headed off in the tinny for some exploring along the beach, i got a nice haul of decent sized mullet in the cast net which were reserved for grilling as an entree.

after lunch sal came with us and we had a troll around the local coastline chasing more fish but had no luck other than a smallish coral trout that I dropped at the boat.

while cleaning the mullet on the marlin board we were visited by the lizzy bay, resident lemon shark so he scored a few of the smaller ones as a treat!

so dinner was grilled mullet followed by fillet steak on the baby webber Q, and a nice red wine, followed by sunset over cotton island! 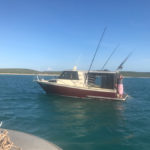 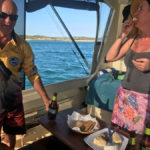 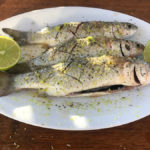 mullet ready for the grill 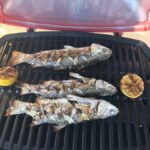 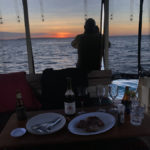 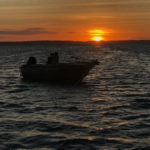 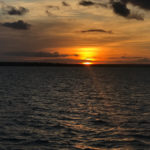 we started to discover some issues with the batteries and the charging system on the new boat, a legacy of the lack of use its had the last few years I suspect. In the end we had to use the battery from the electric trolling motor on the tinny to get the big boat started and due to concerns about the issues we decided to head home Sunday morning. We decided that at least if we got back to Gove we would be close enough to run in in the tinny if we had any more issues.

we took our time going home as it was a great day again, we ended up trolling right down the coast from cape wilberforce and sal got a couple of nice macs as well as dropping a big tuna right at the boat. i even managed to make a coffee while driving the boat and landing one of the macks sal caught!

In the end we anchored up off the granites and enjoyed a pleasant afternoon and night there before having a fish on monday morning before heading in to the yacht club and pulling the boats out and heading home for the clean up! 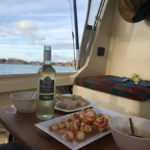 at the granites, scallops & mackeral 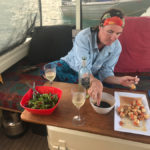 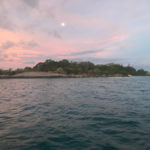 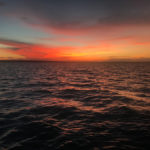 all in all the boat ran very well, some issues to reslove with the electrics, but everything else worked well, its very comfortable, very well thought out and it had no issues pulling the tinny. being out of the sun and salt combined with the comfort of the boat made it a very relaxing and enjoyable weekend. we used 140 litres of diesel for a bit over 11 hours motoring, so about 12 litres an hour, a fair bit of that was running at anchor to charge the batteries so its hard to work out exactly how much per mile we really used, but we covered about 66 miles.

(dont forget you can click on the ‘i’ at the top left corner of the photo galleries to see the captions.)