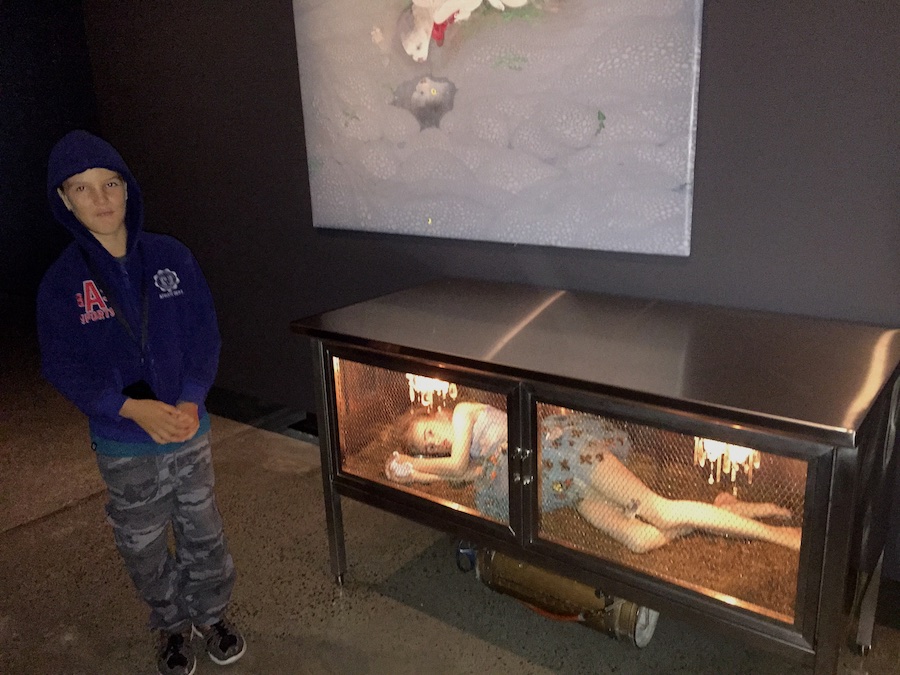 i had heard so much about mona, (museum of new and old art, http://www.mona.net.au  ) and it was definitley on the to-do list for tassie, now whether i had my grumpy old man slippers on or what i dont know, but i came away severely underwhelmed.

there is no getting over the logistical and architectural grandeur of the site and its buildings, and decending the spiral staircase down into the bowels of the subterranean building hewn from the limestone rock is impressive, but from there the experience went down with the decsent for me!

the main exhibition currently was something called ‘river of fundament’ by matthew barney, i found it to be an expansive, sprawling, self indulgent, disjointed, psychotic episode. it was also so poorly lit as to be virtually unviewable, clearly this was a choice by the artist, he may have been on the right track – i think just turn the light off and have the bored looking, officious attendants lead the visitors thru to the other side!

there is also a film, described as a 3 act opera in 7 parts – i imagine that viewing it would be in contavention of several UN regulations on human rights, and would be a form of torture beyond comprehension. i noticed a book as well – about 5kg and 5cm thick, i suspect it would do well as a door stop or propping a wobbly table up.

there were several other smaller exhibitions which all failed to impress me at all, probably 3 pieces of work in the whole massive, sprawling venue worked for me, best of all a huge human head sitting on the ground, with windows in it like portholes, through which you could look in and see the inner workings of the brain, an amazing contraption inside the head, by mechanical means with all sorts of objects in motion, hands opening and closing, books flicking thru pages, fruit, birds flying and so on. it was very clever and beautiful.

the other two pieces were a pinball machine that had been re-worked as an interpretive piece about the game of life, and a life sized girl-doll lying in a caged cupboard, i had great trouble getting kai to stand next to it – he was terrified!

we went across to mona on the ferry with paula and ed, old friends of mahni and geoff’s, they are great fun and we managed to have a fun filled day despite my mr grumpy attitude to mona itself. we had planned to all have lunch at mona before heading back to hobart, but the 3 options were all over priced, with pretentious and uninspiring menus so in the end we starved ourselves until we got back to hobart and then woofed down an excellent feed of fish and chips washed down with a couple of bottles of pinot gris. 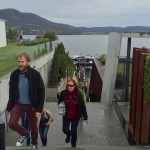 up the 100 steps from the ferry 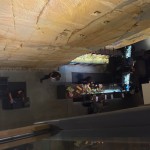 looking down to the bar 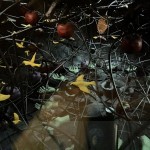 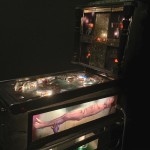 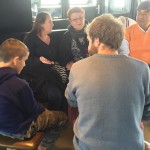