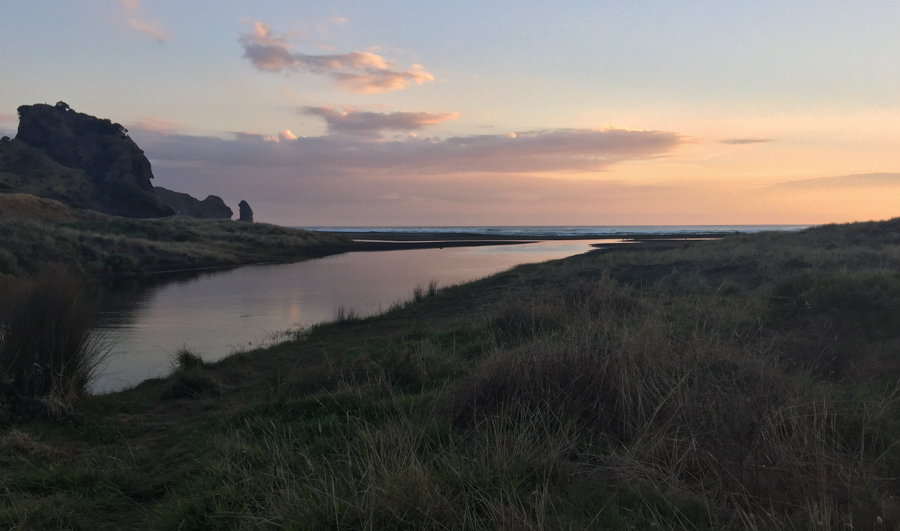 the track from the bach, beside the creek down to the beach.

well we have moved down the hill from jeremy’s bach into our little rental bach on the beach in north piha, its a very basic but comfortable little home, we only have to walk out the backdoor, across the lawn and down a 25m track to be on the beach.

we can see the ocean and lion rock from the house which is pretty special. kai and i have new boogie boards and we are living in the surf, as well as doing lots of walks on the beach. 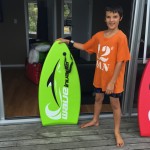 kai showing off his new board! 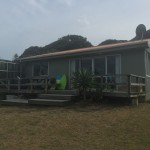 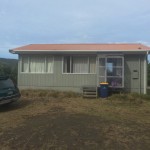 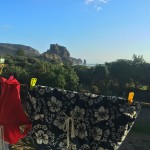 now that jeremy and leesi are back we have been hanging with them which is really cool – we have had so many good times at home hanging out so to do it here with the is special.

they brought over a fantastic thai chicken salad the other night and we had a huge night that put us all of drinking for ever, well, at least until next time! 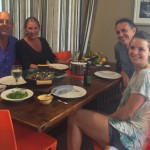 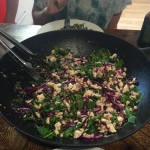 the weather has been stunning, lots of blue skys and gentle breezes – although we look set for some unpleasant weather with the remnants of cyclone pam due to swing past, the wind is already coming up.

this weekend sal’s cousin luke, zekiah and lorenzo came over, we had a huge day yesterday, once they got here luke and i did a quick sprint over the ridge and down to white’s beach to grab a feed of mussels off the rocks, the tide was a bit high and the swell was up so it was potentially a setup for an episode of piha surf rescue, but with luke as spotter and me jumping in between the big sets we managed to bag a feed. 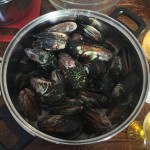 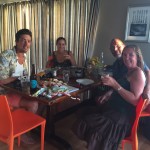 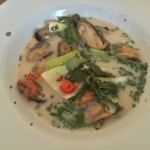 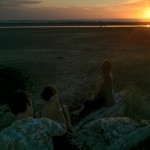 wathching the sunset after dinner 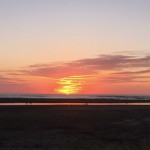 the rest of the day was spent lazing around at home or in the surf and by the time we cooked up the mussels in a chilli coconut cream sauce we were all pretty knackered! an ecclectic range of nz boutique beers helped wash away the stresses of the day on the beach and it was just lovely having them over for the weekend, kai & lorenzo are great together and i suspect lorenzo idolises his big cousin! 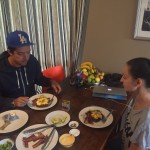 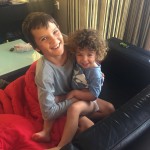 One Response to “new bach”