one of my items on the list of things to do in NZ was to go to a rugby game, tonight the local team in nelson, where we are staying, the Tasman Makos were playing Canterbury so we rugged up in all our winter woolies and walked down to the end of the main street to the Trafalgar Stadium and managed to fluke seats in the first row of the stand, about 2 metres from the sideline! 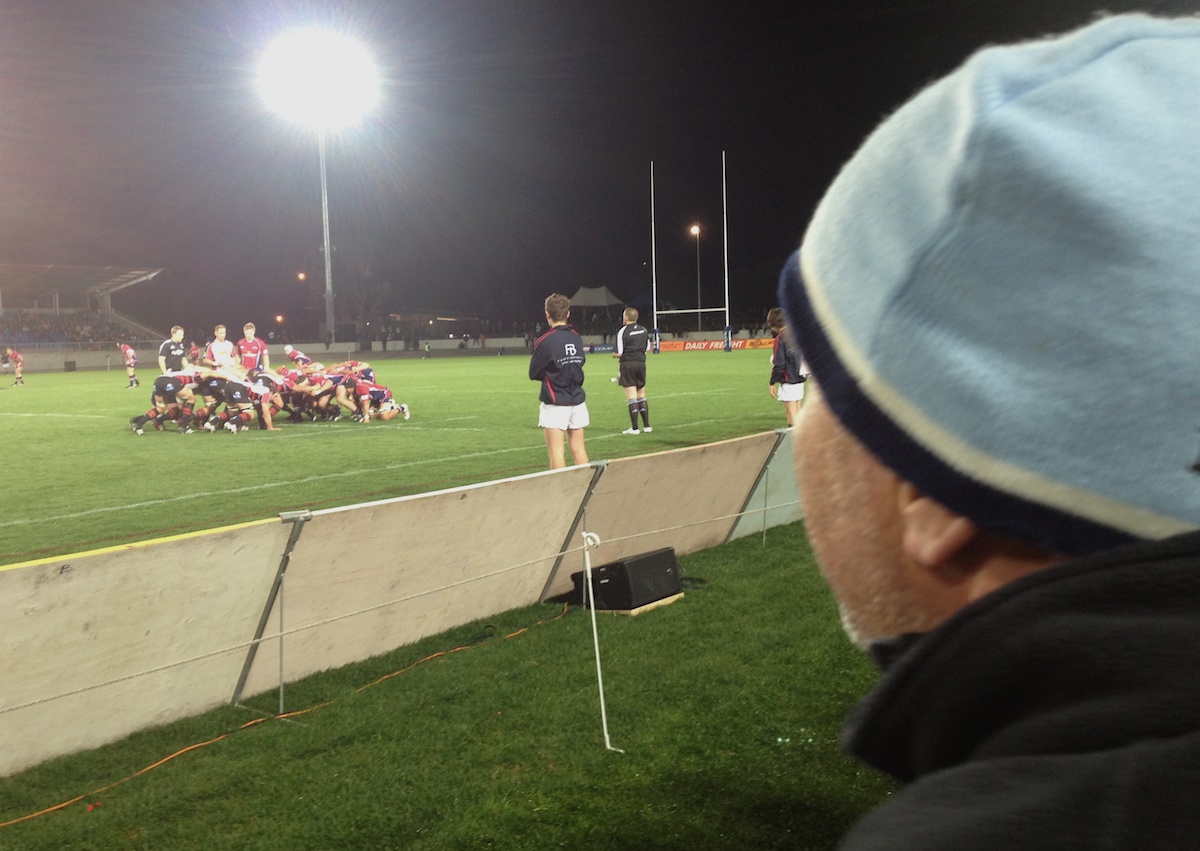 thats my boof head watching the scrum pack down, I wore my Waratahs hat just so the locals had someone to throw their empty Speights cans at (and so Aidan would be able to spot us in the crowd, he claimed I was hogging the camera!)

it was a fantastic game with the lead see-sawing thru the game until Canterbury got a late try to go ahead, all seemed lost for the home side but they managed to work the ball up to the other end, got a crucial turnover on the line and then ran a try in under the posts to get up 23-18 as the siren went!

sal, kai and I had a ball, despite being frozen to the bone by the end of the game. I had sneakily parked the car right outside the stadium earlier in the afternoon so we didnt have to walk home in the cold anyway.