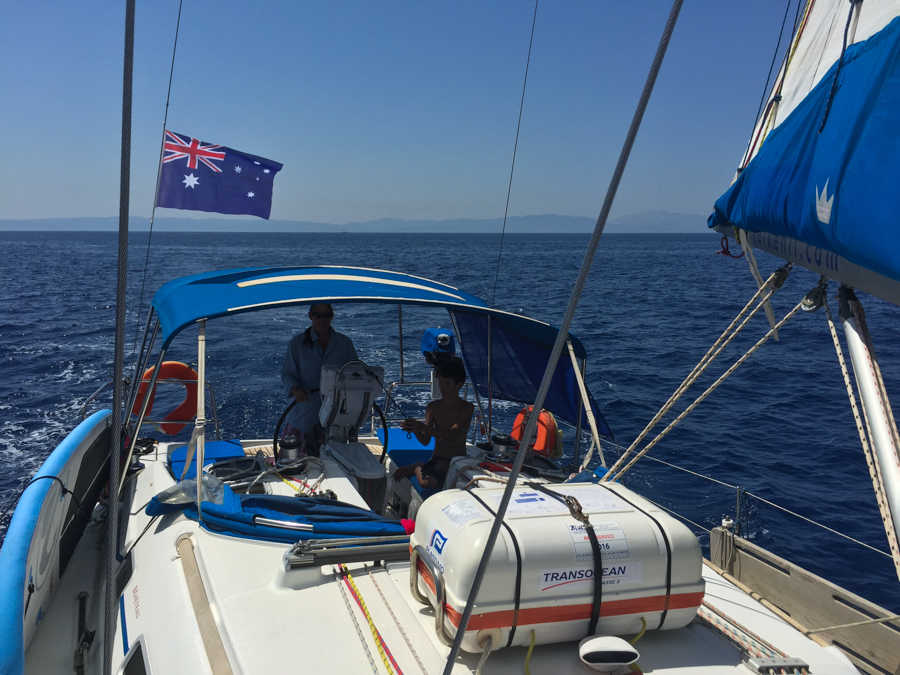 Skipper Sal at the helm with first mate kai

while we were in knidos i kept trying to get the best panorama to show the layout of the 2 bays, mainland and island that make up the area. the island was joined to the mainland by a causeway the ancient greeks constructed. anyway here a few of the attempts that didnt end up on the cutting room floor! 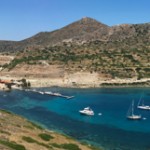 from the south end of the island 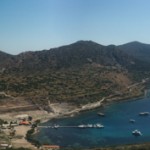 also from the south end 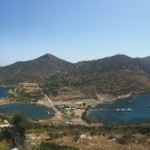 from the flagpole at the peak of the island 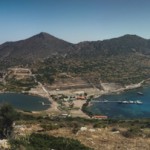 also from the flagpole 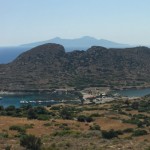 from the mainland side 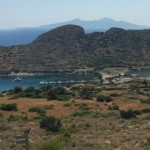 from the mainland side on the ruins of the large theatre

from knidos we sailed south, round to the outside of the greek island of symi and down to the ancient city of loryma on the east coast of the bozburun peninsula called bozukkale. it was a great day, although the breeze was a bit flukey, luckily we managed to sail most of the day. the entrance to the bay is overlooked by the ruins of the castle.  measuring 27 m. wide by 320 m. long, and surrounded by fortification walls, this long, narrow castle was erected to protect the bay. there were once nine square-shaped ramparts along protective walls made from straight cut stones. however of the original nine, only a single promontory rampart in the north can be seen today. there are round towers situated at the two ends of the castle. its quite an impressive sight!

we moored off the sailor’s house restaurant, which proved to be an inspired choice. the food was fantastic, and given that there is no road access so everything has to come in by boat it was all the more amazing. it was a set price -50TL for dinner, we got 3 yummy mezes and a coice of main courses, sal chose a wonderful lamb dish with a large part of the leg of lamb cooked in the wood fired oven and i had scrumptious grilled octopus. all served with amazing fresh salad and vegies out of the extensive garden behind the restaurant.

mustufa was a very friendly host and was passionate about his lifestyle and wonderful little restaurant business. 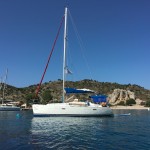 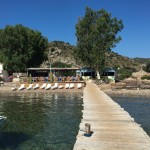 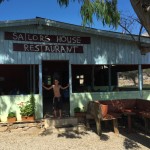 kai holding the walls up! 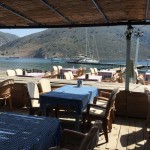 the view back onto the bay 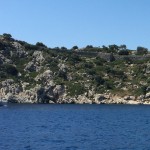 the fort at bozukkale

after a very pleasant stay we had once again to move on. we sailed out from bozukkale and headed around the cape towards bozburun, but the wind was perfect for sailing so we decided to keep going and head across between the islands off the bozburun peninsula and the mainland and head towards selimiye. it was the best sail of the week, the wind was perfect and the scenery was stunning – the cliffs of the mainland on one side and the craggy islands the other.

One Response to “sailing2”