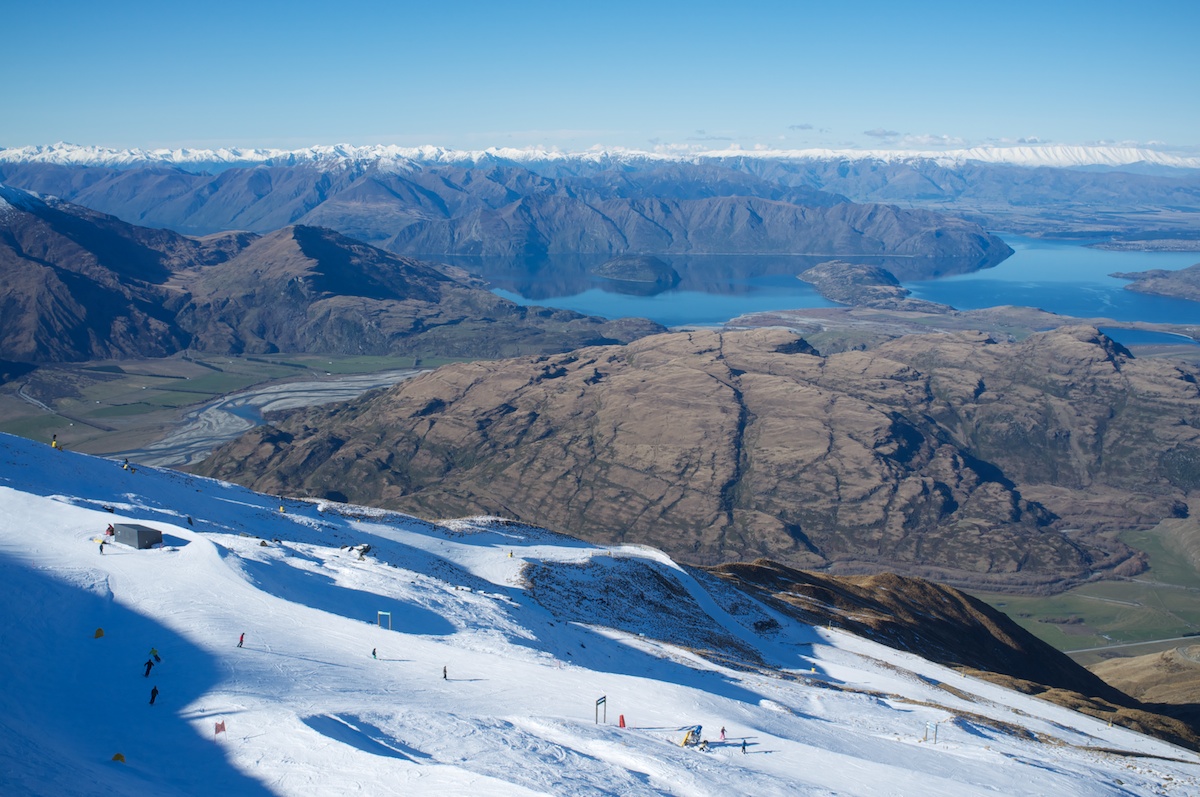 so yesterday we loaded up the cars and drove the 30kms or so up to the slopes at treble cone, one of NZ’s premier ski fields. the drive alone is pretty incredible, winding along the side of lake wanaka and then up the mountain, winding up through switchback corners to the carpark.

we spent an hour or so fitting ourselves and the kids with all the required gear and booked everyone in for beginners lessons.

progress at first was pretty slow for all of us except lisa & sal who showed their skiing pedigree fairly quickly (ie they had actually been on skis before even if it was 30 years ago!)

we were also joined by a guy filming for the treble cone ski resort, so there will be a video of us learning to ski and being interviewed about the experience.

here you can see me carving up the powder on my snow board after a couple of hours lesson, 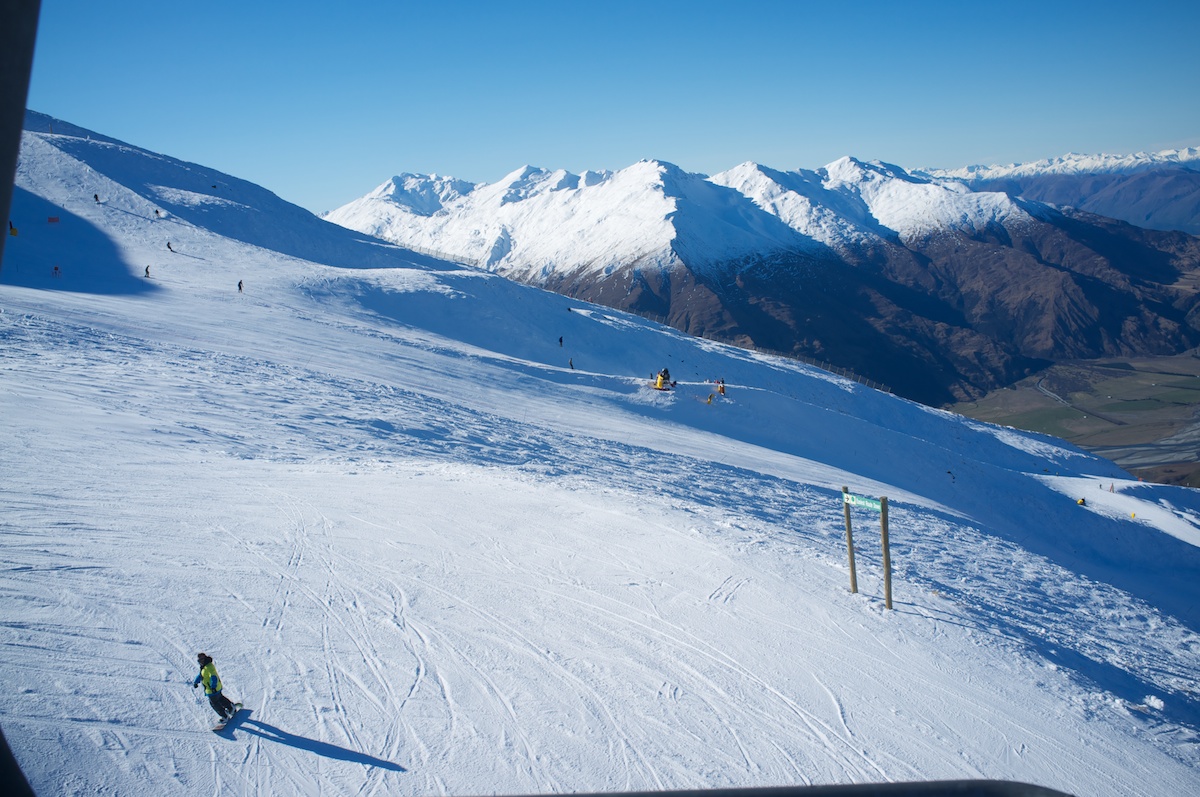 ok, so its not me, its some other random who actually can ski.

no one got a photo of my most spectacular incident, a high speed crash into the side of the beginners slope – actually a carefully designed move to terminate my uncontrolled descent.

the kids all got the hang of it and had a ball, although they were pretty shattered by the end of the day. lisa carved the slopes up like a pro, sal wasnt far behind, aidan went up the top of the beginners slope to prove he was slightly less out of control than me and I demonstrated why there are no mooneys in the winter olympics.

all in all a fantastic day and an experience not to be missed – all the better for doing it with the reillys.

One Response to “skiing!”