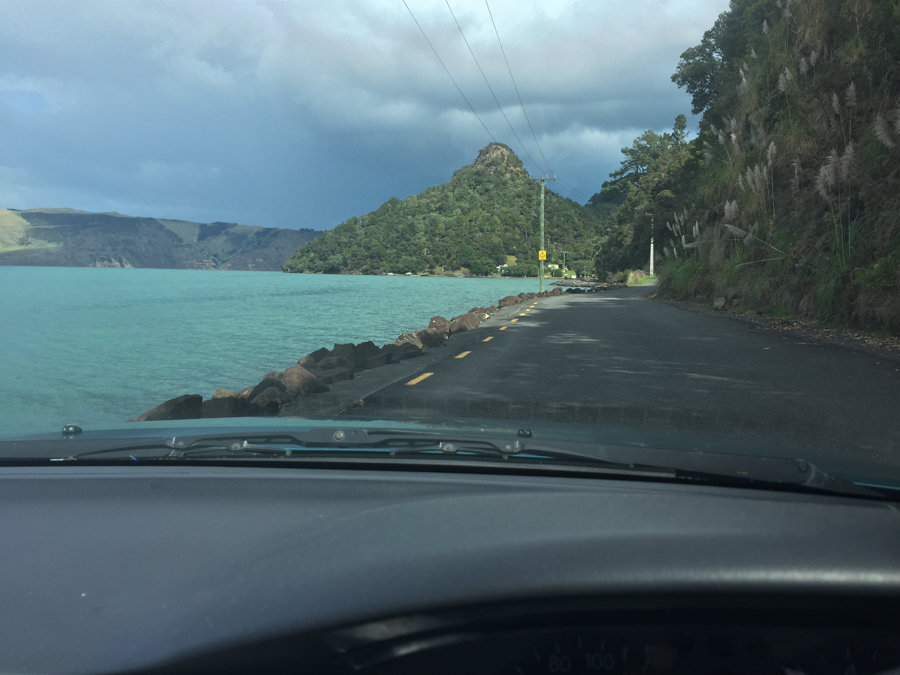 driving along the edge of manukau harbour towards whatipu

yesterday we decided it was our last chance to drive to whatipu to have a look at the beach there and the entrance to manukau harbour. its only about 10kms south of here but because the waitakere ranges are so steep and rugged we have to drive around to titrangi and then back out thru huia and out to whatipu. once again the scenery is just breath taking, how such a small country has so much beautiful, pristine wilderness, rugged coastline and general eye candy is a revelation.

we stopped at huia for a stretch of the legs – which for monkey boy means climbing any available rocks, trees, towers etc – in this case it was huge pohutukawa trees. 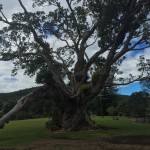 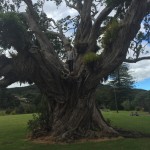 on his way back down 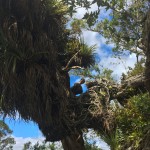 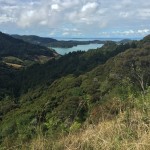 when we got there we walked from the car park out across the wetlands and onto the wide, wild, windswept whatipu beach, the mouth of the harbour marked on this northern side by a quaint lighthouse on a rock. kai and i had a surf just so we could say we had carved it up at whatipu! 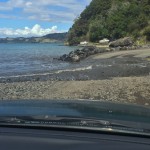 the road was a bit hows your father! 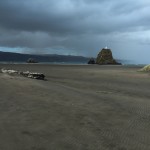 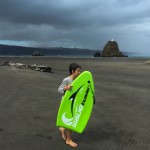 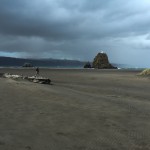 we finished the day by driving down anawhata rd, its a gravel rd that winds its way about 15km from near the start of piha rd, out to the houses at the top of whites beach and onto finish at the anawhata beach car park. it was one of those things we kept saying we should do, but we always were either on the way home, or going somewhere else when we went past the turnoff, we realised that given we leave piha for tauranga on friday it was now or never!

kai & I made a spur of the moment decision to walk home from anawhata rd above whites beach, which was basically the second half of the walk sal & i did on the weekend. sal drove back out of anawhata rd and back home, beating us walking by about 20 minutes!

there is no doubt we are really going to miss piha when we move on, its been an extremely happy and fulfilling few months and i suspect we will be back in the future! 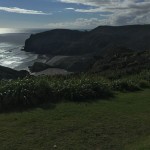 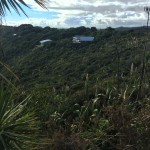 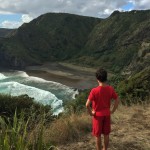 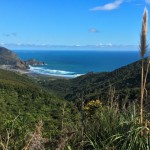 looking down into piha from the ridge coming back from whites