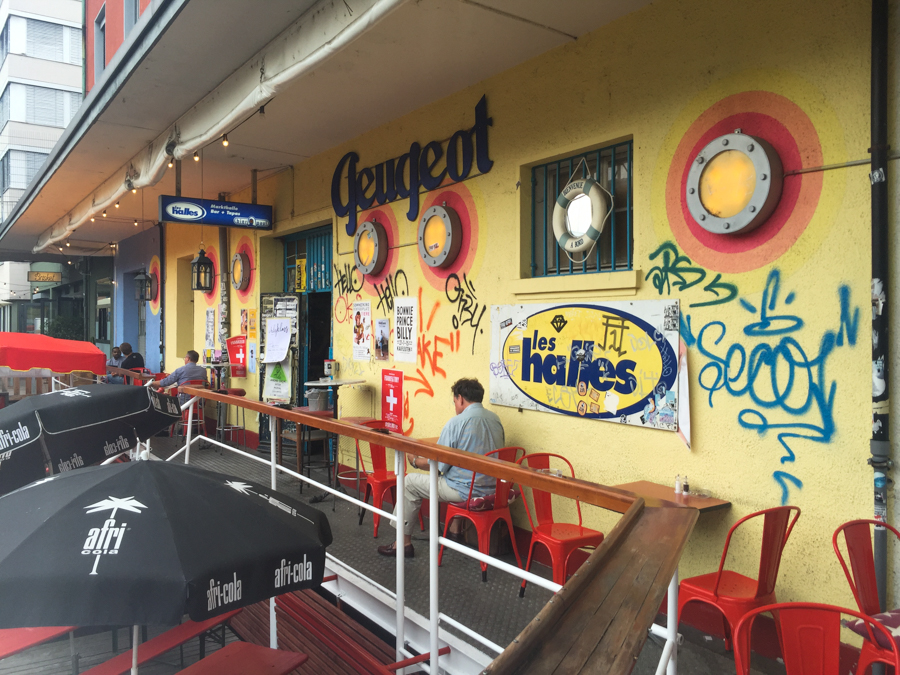 having a beer at cafe les halles, zürich

we have been nearly 2 weeks now in zürich – and i am not sure where the time has gone!

we have really enjoyed cycling around here, oh that australia had a cycling culture like this, no stupid helmet laws, bike paths everywhere, motorists that are considerate of cyclists and lots of facilities for them. its such a wonderful way to explore a city, so much faster than walking so you can cover much more ground, but still with the ability to stop to take a coffee, or a photos, or explore an interesting shop.

zürich is all the more pleasant for having very little traffic on most of its roads, probably a consequence of a first class public transport system as well as being bike friendly, also you are never far from the water with the lake and rivers running through the city.

the weather has been beautiful and perfect for swimming in the river, we enjoyed a day there earlier in the week, its a bit hairy in the water because its flowing quite fast, kai and I were jumping in upstream, floating down and swimming across the current to climb out some steps on the opposite side of the river a couple of hundred metres downstream then walking back across a foot bridge, along the side of the river back to the starting point and then jumping back in again!

we had to get it right because there were pretty serious rapids just downstream of the steps so if we missed the steps it would have been a bit hairy!

sal and i also scored an amazing little vintage wooden cart the other night, we were walking down to have a beer at a local bar when we passed an expensive vintage shop that we had seen previously – i had warned sal that we wouldnt be able to afford anything in such a flash looking shop – but this night they had a collection of stuff outside with a sign saying “gratis for taking”.

the cart was the highlight, although we also took a nice glass bottle as well, we decided we couldnt pass it up so we passed up on the beer instead and i walked the cart home!

as always our visit has been as much about the people as the place, sal and i met a couple of guys up in a park overlooking the city when we went for an evening walk one night. we quite often take a couple of beers and ride or walk to somewhere nice for an evening drink and this night we ended up chatting to aidrian and fabian while having our beers.

they were very interested in australia – if slightly overawed by the wildlife! as we were all out of beer we invited them back to have a couple more at home – where kai quickly roped them into playing uno. hopefully we will have a chance to catch up with them again before we leave switzerland. 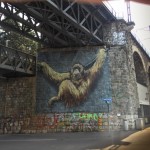 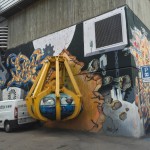 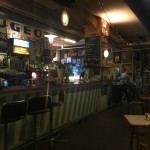 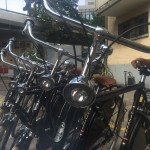 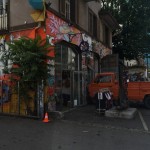 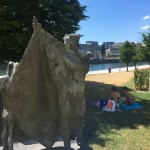 sal & kai at the river 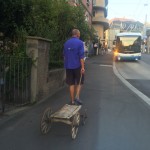 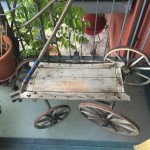 i also made contact with joanes, who is a zürich coffee fanatic like myself. he also owns a lovely lever machine, the londinium 1, i contacted him online looking for tips for cafes and coffee roasters in zürich and he kindly asked me to come around to his place for a coffee session.

joanes has a fantastic setup with an unusual versalab grinder – a grinder i have read a lot about but never used, as well as his primary grinder, a compak K10 and of course the beautiful Londinium. we have different tastes in coffee, joanes preferring single origins, lightly roasted and updosed for a bright, fruity and slightly acidic espresso where as i prefer a darker traditional italian roast with the caramel, chocolate, slightly smokey flavour.

none the less i was very impressed with the extraction he got from the lightly roasted single origin coffee from tanzania that he was using, it was good enough to have me considering having a play with this style of coffee when i get home. he managed to avoid the sourness and over-acidity that i usually find with this style of espresso.

we also enjoyed listening to some vinyl on his beautiful hi-fi system, he has a very nice high end tube amplifier and some lovely hand built speakers. good music and good coffee is a fine combination indeed!

it was a very pleasant way to spend an afternoon and a reminder of the way the internet enables the connections of people with shared interests all over the world. 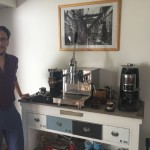 joanes at the work station! 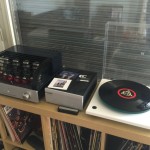