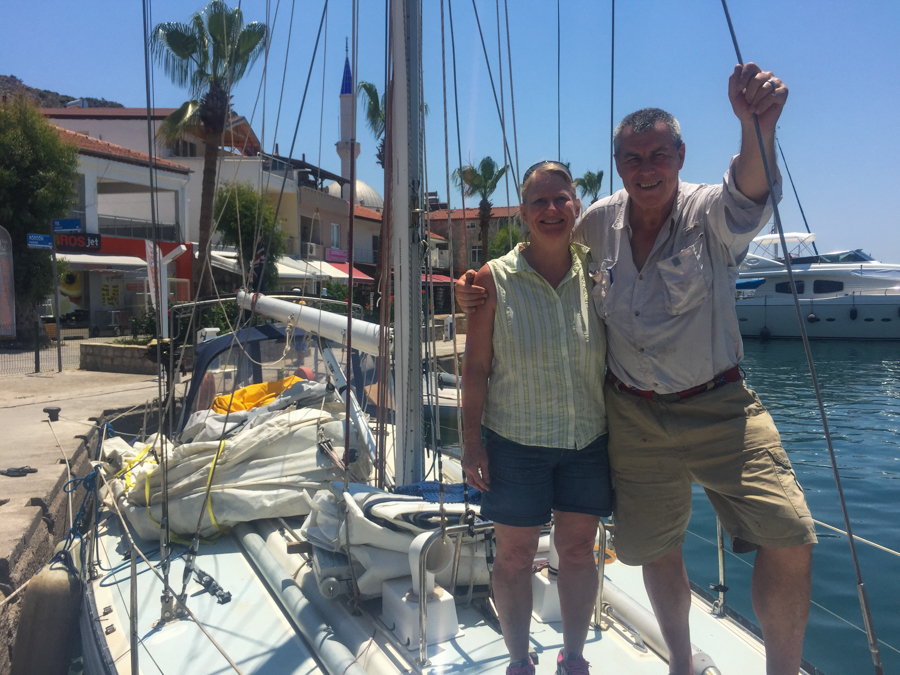 cindy & peter on their yacht

“insha’allah bozburun geri gel” is an expression we have heard a lot in the last few days, “god willing you will come back to bozburun” – as we visit all our friends here and tell them it is nearly time to move on, that is the standard response, and we can but agree! i dont often like to go back to a place i have visited, ultimatley it means i dont go somewhere new. i think in the case of bozburun it will be an exception and we will be back fo another stay in paradise.

our run of meeting interesting people has continued up to the last minute. a couple of days ago we were down at the boat harbour and sal noticed a yacht with a huge australian flag, we were having lunch at one of the restaurants overlooking the harbour so while i was waiting for coffee i went to say hello, i asked, “is that a flag or a sail?” – the tongue in cheek question was well received by the boat’s owners, peter & cindy.

although they did get me back by roping me into helping them with retrieving a pulley sheath that had dropped into the boom while they were trying to grease it, it turned into a major operation with us having to remove the boom! needless to say my coffee was cold by this time!

anyway after an hour or so fiddling around we managed to recover the pulley and reinstate everything to its correct place, peter and cindy offered to take us out to dinner for our help, but we suggested instead that they bring some food along and we would have a bbq at our cottage.

once again theirs was a fascinating story, peter did an electrical apprenticeship when he left school, but after he finished his time he went straight into the catholic church as a priest and worked up in the torres straights with aboriginal communities and missions there. he gave up on the church when he decided that he wanted to have a wife and children.

some years ago he bought a yacht to set off sailing around the world, it was a well known yacht he purchased, “silver spirit edition” – that Ken Gourlay ftom tasmania, sailed round the world, non-stop in 180 days – becoming the fastest, single handed, unassisted circumnavigation by an Australian, a record that still stands.

while on his trip, peter met cindy in florida, living on her own 38′ yacht there, love blossomed between yachting neighbors at the marina and so 2 boats become one and their jouney continued together.

they arrived in turkey 3 years ago and have been teaching english since, they both work in a school in gaziantep – a city that is only 40kms from the syrian border in the far south east of turkey. not exactly the sort of place many westerners hang out! they love living there despite the proximity to the troubles and say the food is the best and most authentic in turkey!

they keep the yacht on the hardstand at bozburun when they are working and then during the holidays come down, put the boat back on the water and go sailing! what a life!!

anyway we had a fantastic night with them, they bought over plenty of beer and wine, a lovely salad and marinated chook ready for the char grill. i reckon it was one of the best paid hours work i have ever done! we have certainly been blessed with the amazing people we have met in this little town – reinforcing the “travel slow, stay in small towns” message.

today we are off to marmaris on the bus, then this afternoon we catch the ferry to rhodes, have a night there and fly to frankfurt to stay with carl and dorethea for a week or so. 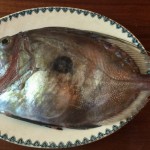 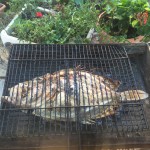 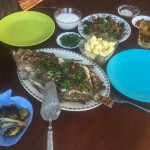 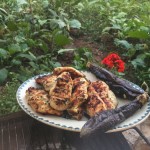 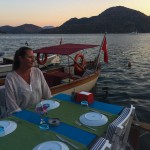 at filika cafe for our last supper! 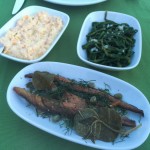 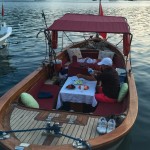 dinner afloat beside our table 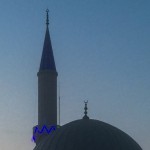