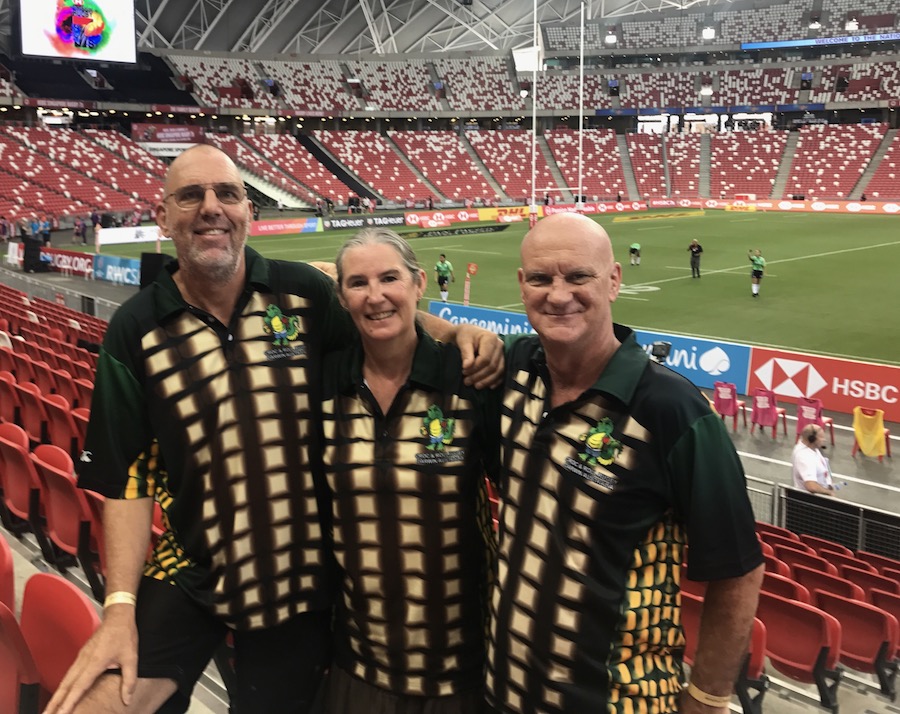 myself, sal & dave in our darwin crocs jerseys

well what a weekend, we came to watch the singapore 7’s, with the optimistic hope that the aussies might make the quarter finals – as it turned out they won all their pool games against scotland, wales & spain, then won the quarter final against the all blacks to get into the semi final against england who had looked one of the form teams of the tournament. 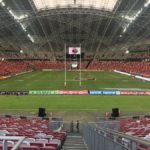 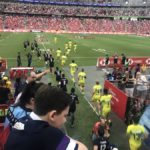 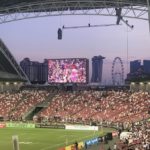 dusk, the marina bay sands and ferris wheel in backgound 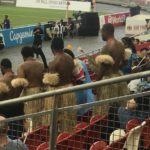 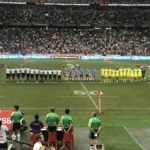 the aussies did incredibly well considering it was the new coaches first tournament and many of our best players were out injured, they did us proud against england, managing to get a solid win – and as we were surrounded by english fans it was all the sweeter!

the final against fiji was always going to be a massive ask, fiji have been the best 7s side in the world for some time and they are just so big, fast, agile and frankly scary that we really feared it would be a whitewash – but the boys put up an amazing show, coming from behind by 10 points to take the lead right at the end of the game, then the ref called a knock on against australia that no one else in the ground saw and fiji broke away to score a winning try after full time. a typical end to end try of power and flair and so often the way the mighty fijians overcome all takers to win tournaments! 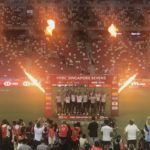 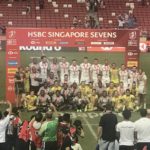 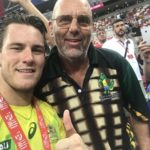 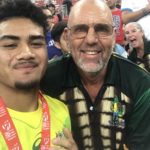 having a chat with jeral skelton (check out the crazy photobomber!)

we had an absolute ball, to end up watching our team in all the games including the grand final was beyond any expectations and was just icing on the cake of a great festival atmosphere. its a stunning stadium, cool and comfortable, as clean as you expect in singapore, great seats – we were right beside the players race, in the centre of the ground, about 10 rows back – fans from all over the world as well as a good turn out from locals and some fantastic rugby on show.

we were able to continue our foody fun as well, we had a leisurely breakfast each morning before heading to the games late morning and then slipped out for a bite of dinner before coming back in for the final sessions. plenty of tiger beer was also consumed so we will need a de-tox when we get home! friday night before the games we had a meal at guan hoe soon, a renowned nonya restaurant, you can see the amazing dishes below, (click on ‘i’ for captions). I had a great chat with the chef/owner Yap Chee Kuee who started the restaurant in 1953! 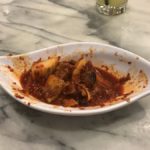 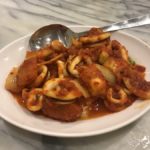 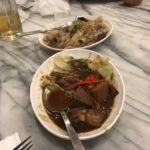 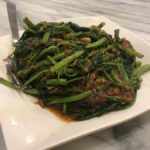 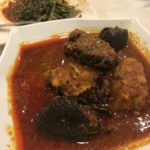 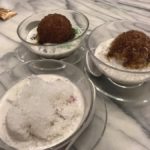 we head home wednesday morning so we will have a lazy last couple of days and just continue to gorge ourselves on the wonderful food! its been a wonderful experience, great fun doing it with someone who has enjoyed every aspect as much as us – dave has made the trip a special time. we have had so many laughs, fantastic food, fabulous footy, amazing apartment, train rides everywhere on one of the best train systems in the world, lots of beer, walks all through the backstreets of singapore, just a wonderful short holiday! 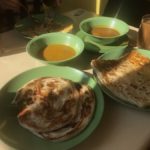 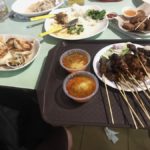 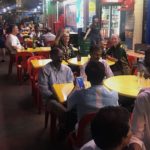 beers in a street bar 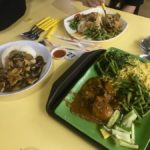 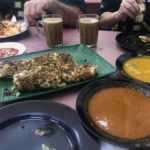 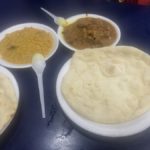 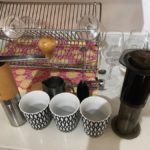 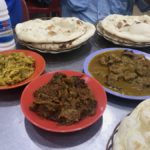