this is the final instalment in the ios series of posts – even though its a week since we left greece for cyprus – its taken me that long to catch up!

jade and kai hit it off like life long friends, they could both talk for australia in the olympics – i am not sure who won but it was a good contest! they both share very confident and outgoing personalities so they fell into a happy friendship very easily.

most of their time was spent together in the pool, although we took jade for a morning of water sports with joe, and they had great fun being towed behind the ski boat on various inflatable rides.

i think it was a relief for both families that they became such good friends – it made it easier for all of us as they entertained themselves most of the time! 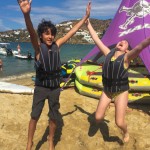 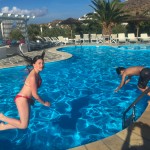 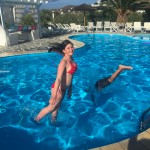 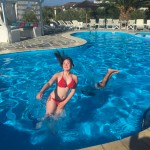