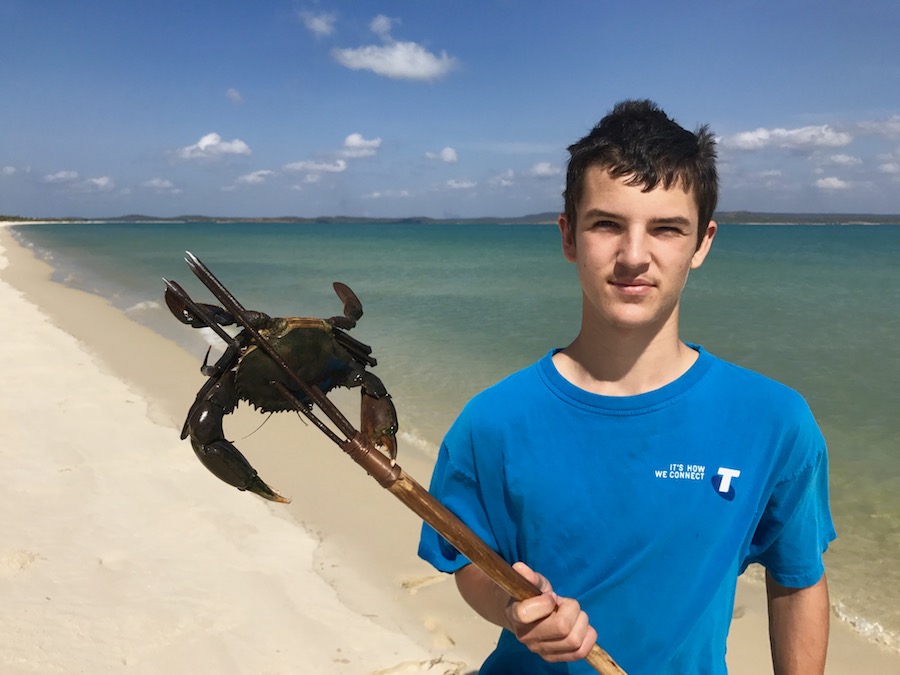 recently timmy mentioned he wanted to put a gate in at bawaka to try to stop unwanted visitors when no one is at the community and dave and I told him we would sort something out. in the end timmy suggested we relocate an old gate that he made about 10 years ago, that was installed at a creek crossing on the way to mosquito creek.

the removal of the gate proved to be quite an exercise on its own, timmy and i went out to mosquito creek and spent a few hours digging out the old gate post which was very securely concreted into the ground. we eventually manged to get it free with a combination of digging and brute force with the land cruiser!

dave and i then went back a few days later with a battery grinder and cut the gate off the old post and bought it home, we then sourced some pipe for gate posts and welded new hinges on the post with the help of our resident boiler maker, deano. we also made some running repairs to the old gate. 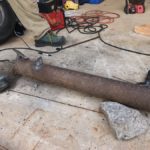 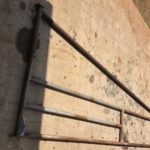 last weekend we took the new gate down to bawaka and dug new holes for the hinge and lock post and then concreted them in, it all went much quicker than we expected and only took a couple of hours all up, leaving us plenty of time for fishing and hunting! 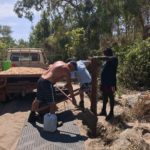 concreting in the posts 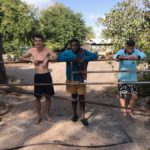 we had thought it would just basically be a working party so sal decided to stay home, but as it turned out it was a very social weekend, timmy came down with his wife rita, his son, daughter in law and grandkids, he had also arranged for a family touring the NT from victoria to do a day tour to bawaka.

the royal family are from macedon in victoria, every year they take their 3 kids out of school for a term and go on an extended camping adventure somewhere in australia! aaron runs a plumbing business and his wife dannille is a special needs teacher. they have 2 boys, saxon & thor and a girl, mali. they are a lovely family and we really enjoyed our short time together – although i get the strong feeling we will see them again up this way! 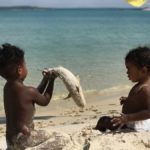 kids with a mullet! 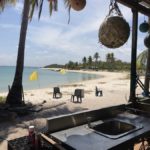 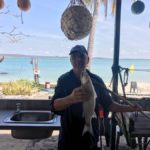 a mullet i speared! 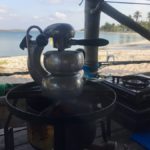 coffee with a view!

after a great day at bawaka they unfortunatley had to return to nhulunbuy rather than staying the night with us at bawaka, we had caught a good haul of muddies during the day, so i invited them to dinner at rick’s bar & grill on the sunday night when we would be back home so they could enjoy a feast of crab! 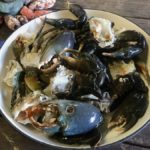 muddies ready for the pot 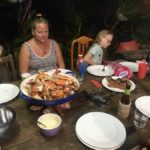 dinner with the royals! 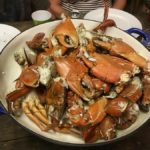 old friends surprised us all by turning up as well, eddy & donna mulhulland and their son, reece with his wife and baby son all came down for the weekend as well, so it was a great night of catching up over the weekend. so it ended up beng a fantastic social weekend with both old and new friends!

one thing i know, bawaka never disappoints and always surprises!

the season for mud crabs is here and we have been getting some crackers, although these ones were not the result of a few hours slogging thru the mangroves fighting off crocs, mozzies and sandflies – we actually bought a box of crabs from a local professional as VJ wanted to cook some to take to relatives.

I have been tempting him for some time with stories of my chilli mud crabs and he had cast doubt on my ability to prepare a  suitably impressive version of the classic dish – challenge ON! 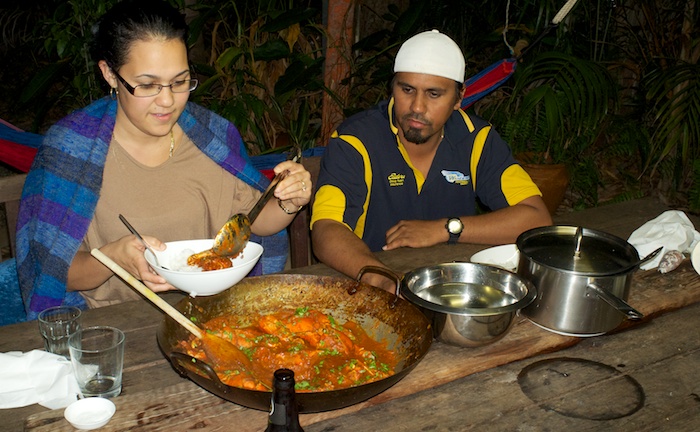 i think i can safely say “achievement unlocked” on that score!

i had only cooked the claws in the chilli sauce so today I boiled up all the bodies and picked out all the meat, i decided to make a mudcrab and prawn ravioli, so i mixed up the crab, prawns, dill, parsley and sheeps cheese with an egg and then filled ravioli with the mix and cooked them.

as a sauce i just did a simple wine reduction with a few fresh herbs & shallots and then made it up with cream. crab ravioli a la ricky 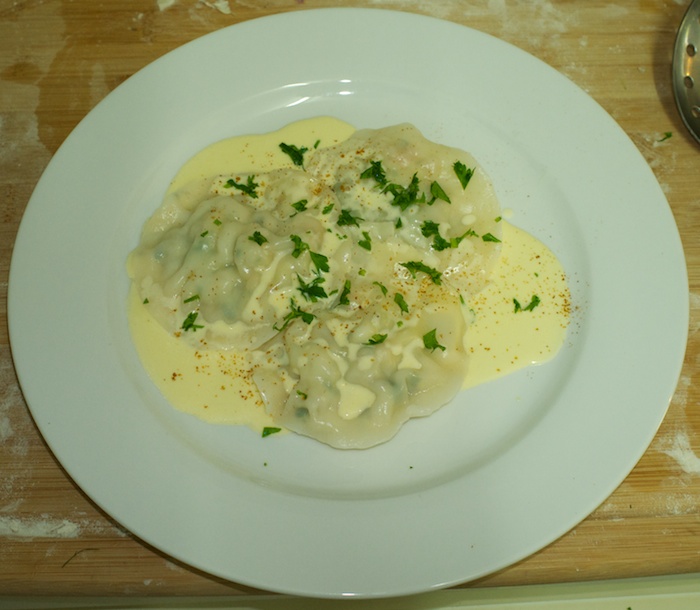 there is just no bad way to have mud crab in my opinion, its hard to beat when its freshly caught and poked in the coals of the fire at the beach, it gets that lovely smokey flavour through it and seems the sweeter for being so fresh.

but there is nothing wrong with it boiled and slapped on hot white bread rolls with lashings of lime and chilli mayo – and not forgetting chilli mud crab, one of the all time classics and the specialty of ‘rick’s bar & grill’ – eggs arnhem land. (muffin, poached egg, mudcrab meat and hollandaise sauce.)

anyway, here are all the images from the two meals in a slideshow, 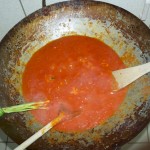 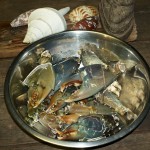 claws smashed ready for the pot 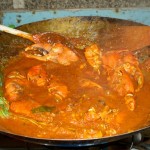 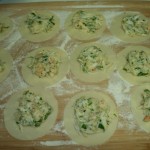 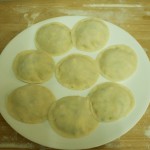 ready for the pot 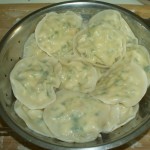