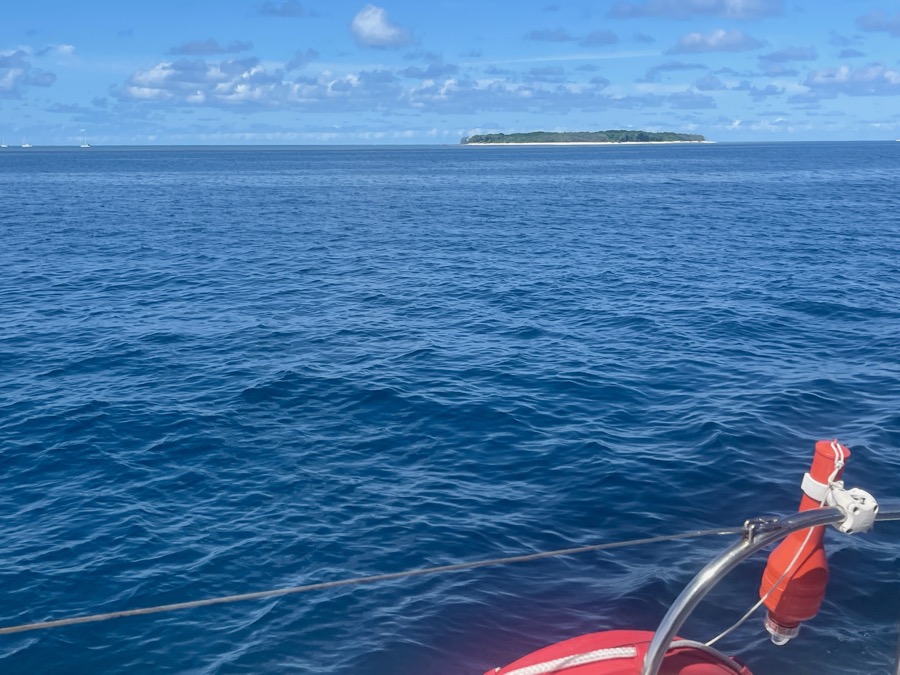 we had a lovely couple of days anchored in the lagoon at lady musgrave island, i got plenty of practice with my new speargun and managed to nail a few fish for the hungry sailors! the weather was very settled and pleasant with light breezes most of the time. 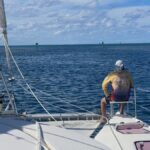 dave guiding me in 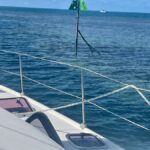 the starboard marker in the narrow channel 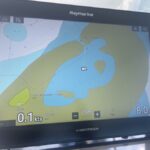 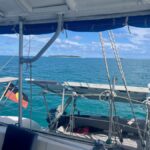 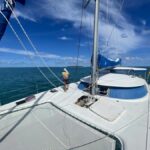 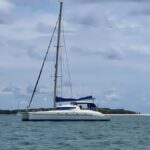 here are some maps that show our track so far, 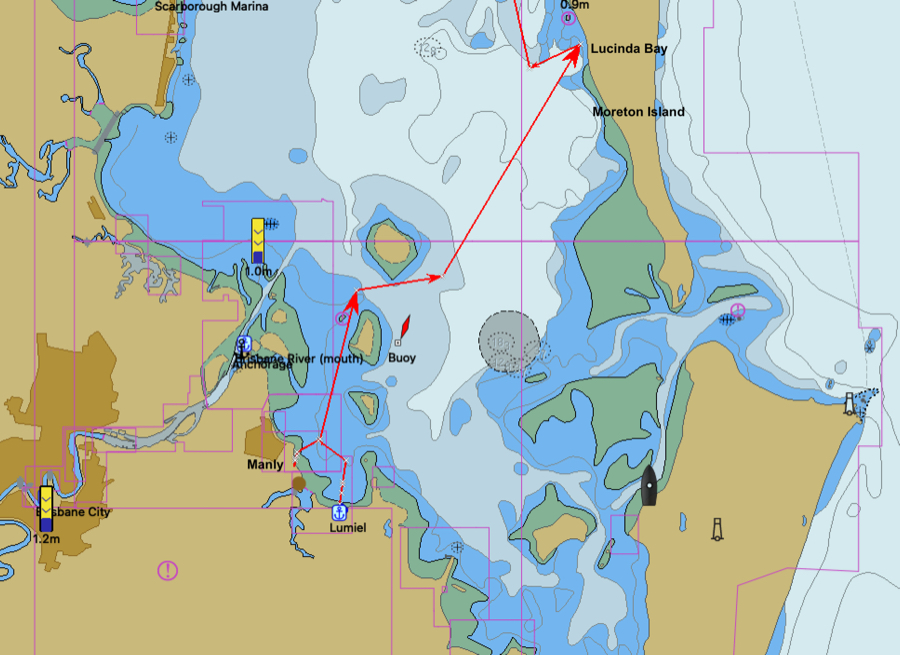 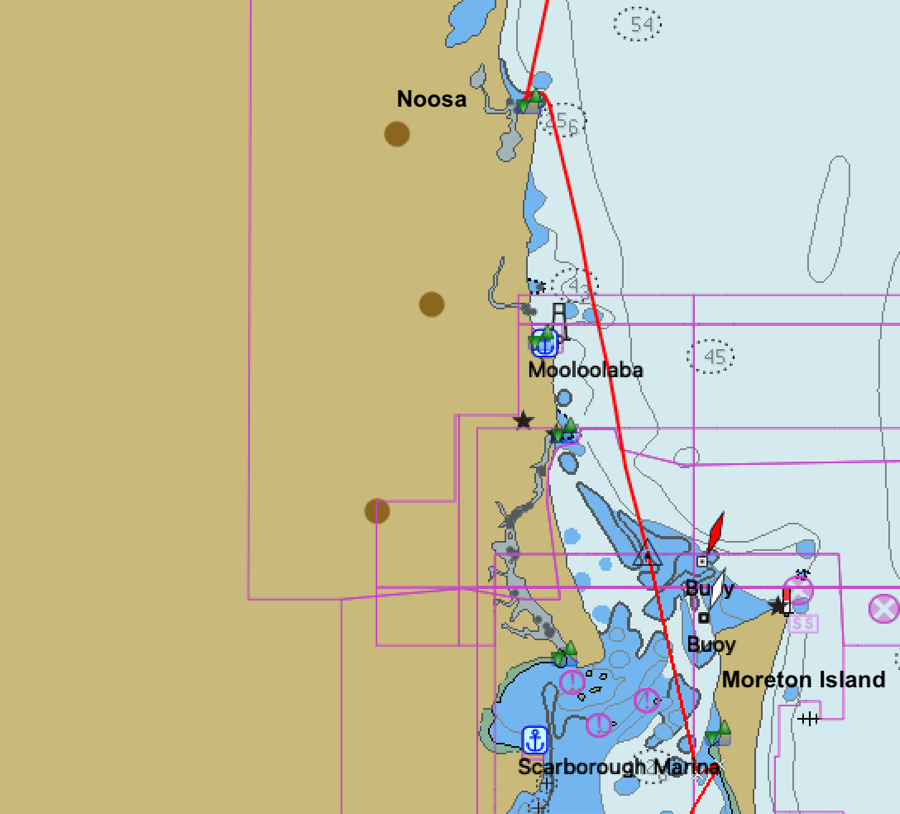 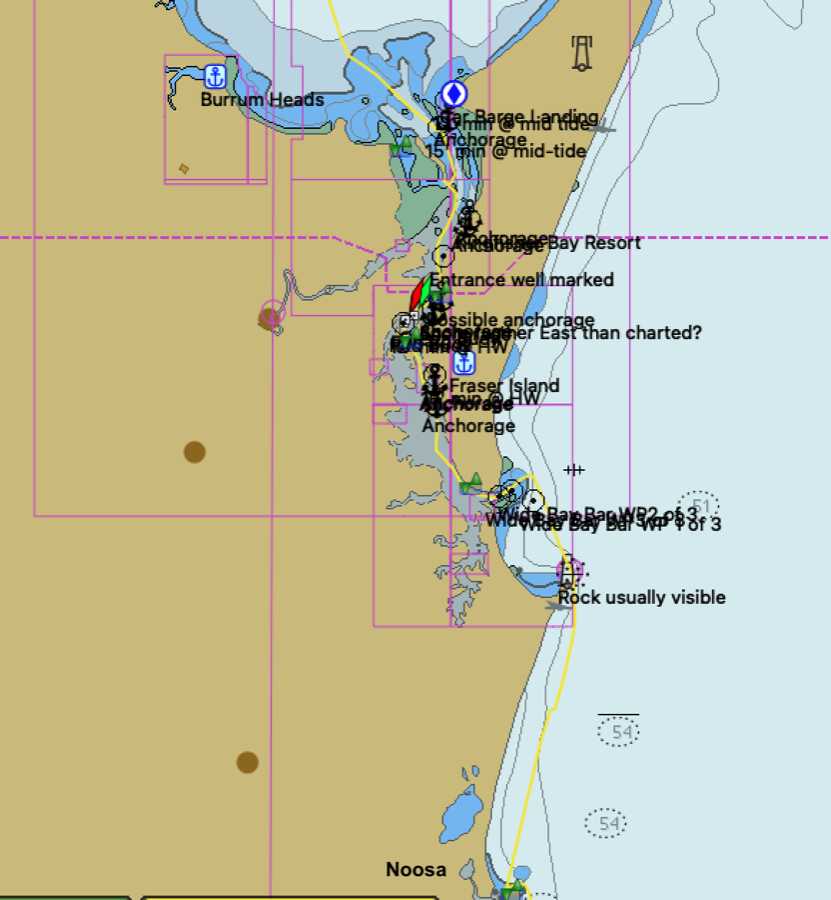 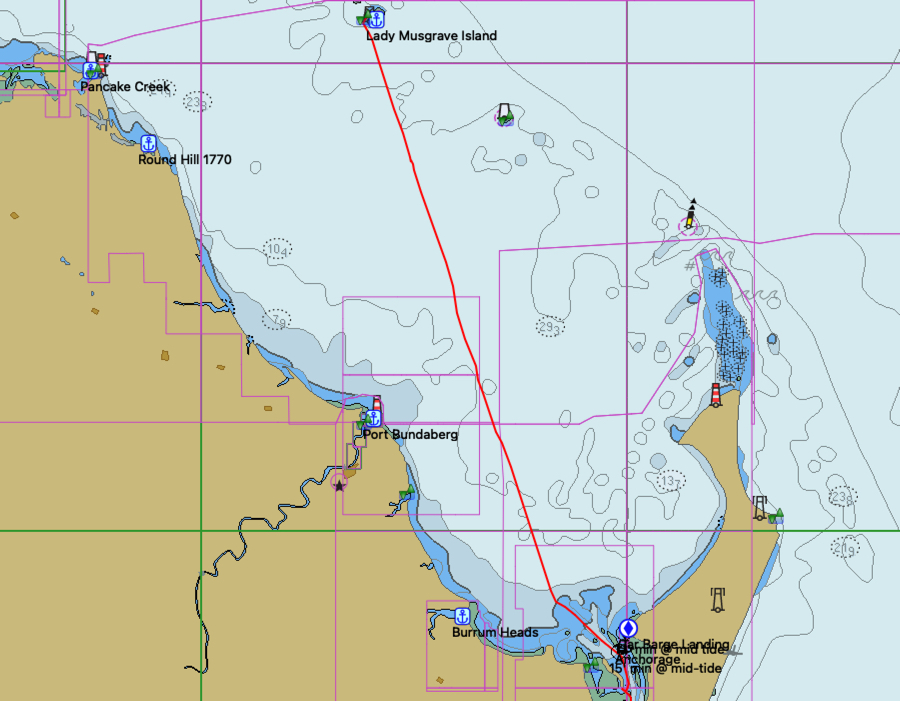 after a couple of days at lady musgrave island we pulled anchor and headed north again, thinking to either anchor at north west island or masthead island, depending on what winds we got. as it turned out the wind was very light for most of the day so we had to motor sail most of it, the only excitement for the day i noted in the ship’s log,

very light ESE winds, motor sailed with big screecher. Only notable event was I moved some boxes under the aft, port bunk and must have moved something metallic too near the fluxgate compass which is on the bulkhead under the bunk – as we discovered, this gave the compass an error of about 100% so the autopilot rounded the boat up into the wind, the speed took off and the screecher started luffing. At first we thought it was a big wind shift, but then realised the gps, autopilot and fluxgate compass all thought we were heading west instead of north!

we got the iphone out with zulu waterways on it so we could see where we were really heading and hand steered while we tried to work out what the hell was going on! After a few minutes i realised it was co-incidental with me moving stuff around in the locker so i went down and pulled it all out again and sure enough the compass came to its senses!

this adventure put us a bit behind where we had expected to be so we settled for picking up the mooring at masthead island and so we are snuggly hanging on it while weathering a fresh easterly that has sprung up with the sun going down.

next we head to keppel island for an overnight then into rosslyn bay marina where our good friend, brian ‘livo’ livingston will join us for a couple of weeks.

we had a lovely morning under full main and the lightweight screecher, sailing into great keppel island, but by the early afternoon the wind dropped out completely and we had to motor the rest of the way. we got into second bay, late afternoon and dropped the hook.

the highlight of the day was i caught my first fish trolling off the back of the boat, a stonking mackerel! the rest of the coral trout i shot yesterday was thrown overboard to the sharks and we had sashimi for lunch and will have fresh mackerel for dinner. 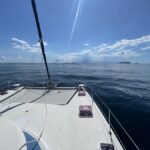 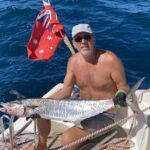 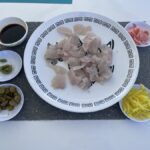 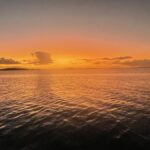 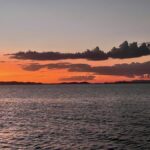 a little video to show the conditions!

One Response to “voyage02”