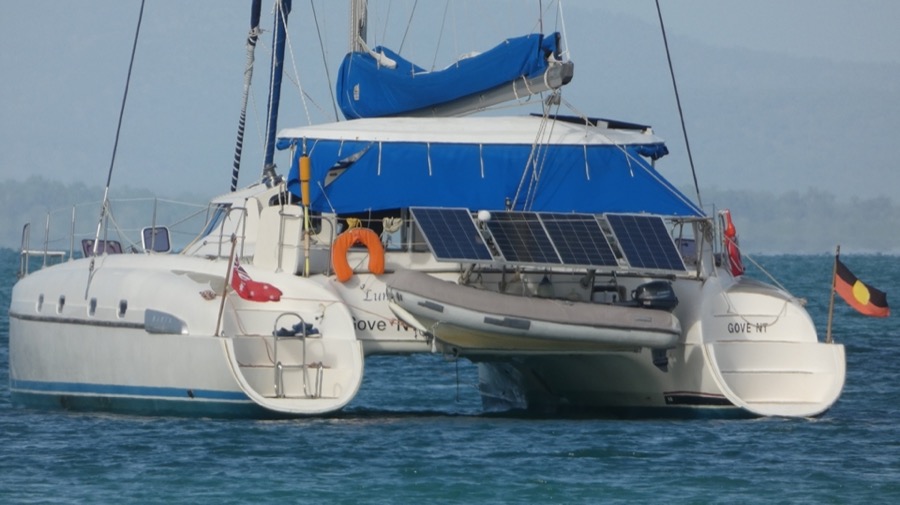 so just a quick post with an update on cape upstart! we decided to stay an extra day and head off at midnight the next night to sail all the way through to townsville, this would avoid having to anchor at cape bowling green, known as cape rolling green for a good reason! when i woke up this morning i had a new comment on the blog from a robert smart suggesting we should walk up shark bay creek to the fresh water rock pools. he posted his phone number and so i texted him to thank him and ask what else he knew about the community.

turns out rob lives here, is 82 years old and has fascinating history of his life in england and then australia. he told us to come ashore and he would show us around. dave and i went in and he walked us through a couple of the beaches and filled us in with a lot more info about the amazing little community here, we also met a few other residents.

rob had taken a beautiful photo of lumiel at anchor this morning, as you can see above, he took it from the beach with a big telephoto lens and then searched lumiel, gove nt and stumbled on the blog, hence his comment and offer to show us around!!

we brought him back to the boat for a look as he had built and sailed a wharram cat in the uk, he had done a lot of interesting sailing and his whole life sounded like an amazing adventure. his father had made a number of well known films in australia after a career with the raaf filming for them.

so despite our initial fears about intruding on the locals here in their little paradise we found a very warm reception.

sal’s archilles tendon is still a bit sore so she stayed on the boat while dave, brian and i climbed up the massive water course to the fresh water rock pools. its hard to imagine what the torrent of water must be like in the wet season, but the boulder strewn waterway gives a fair impression! 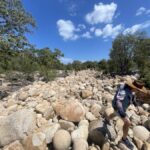 starting up the dry creek bed from the beach end 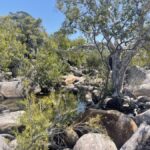 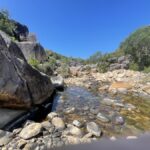 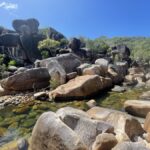 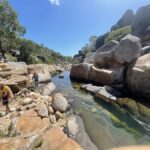 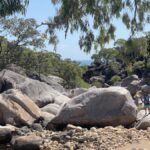 looking back to the sea in the distance.

One Response to “voyage05”