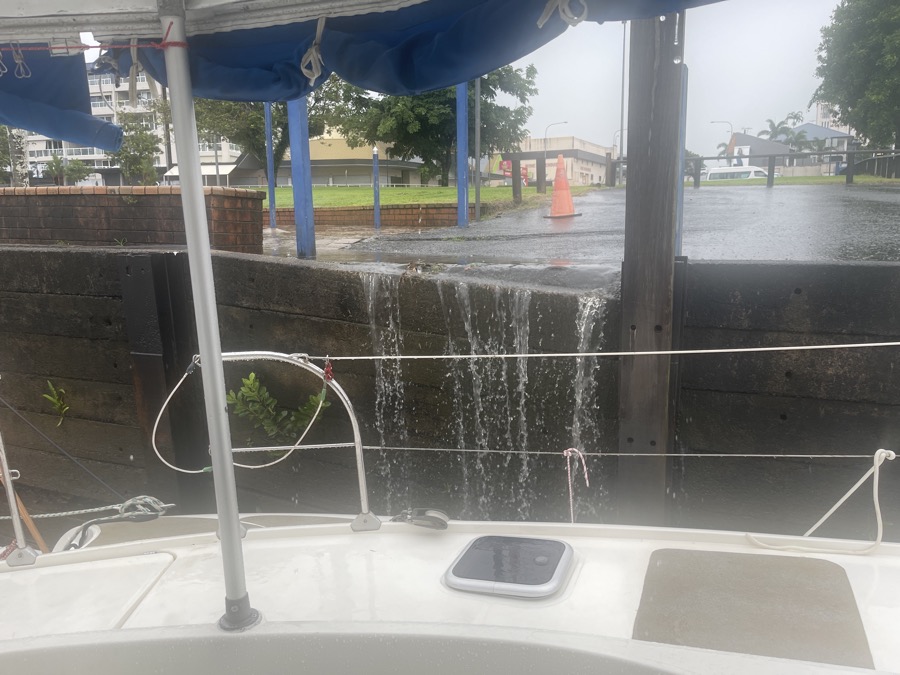 water has been very much the feature for the last week or so, while queensland has had a dry wet season this year, it decided it would have a late attempt to get up to speed and has been dumping huge amounts of rain all over far north queensland.

as i posted in the last entry, we headed up to innisfail from dunk island, after negotiating the entrance to the johnstone river we wound our way up to the pretty old town of innisfail and dropped our pick about 100m off the town jetty which runs along the foreshore right in front of the shops, its a very picturesque setting. 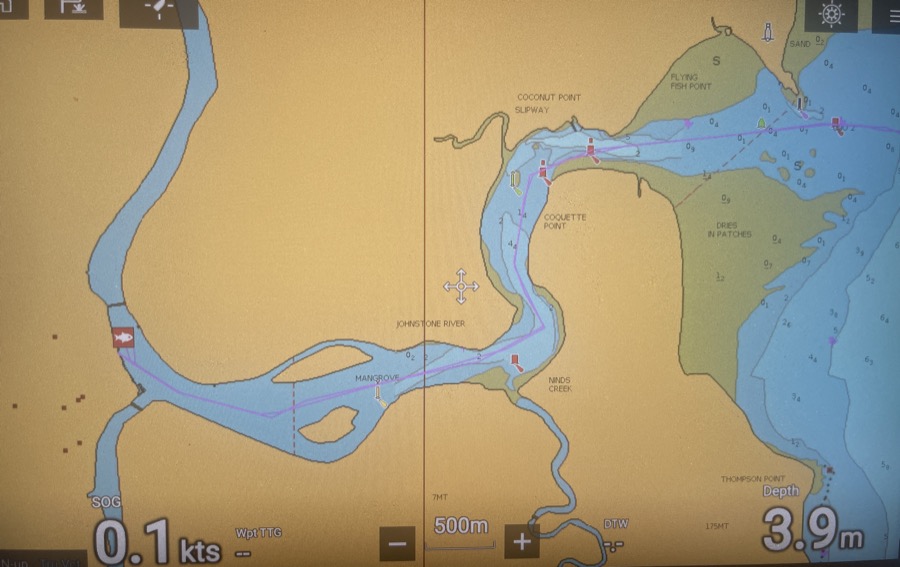 our track up to innisfail

the first couple of days we were anchored just downstream from the bridge, in the middle of the river, but as the rain started one of the locals told us that we would be in trouble if there was significant rain as the anchor chain would become fouled with debris floating down the river and we would drag. he suggested we just go in and tie up on the jetty along the foreshore, behind a commercial fishing boat as it would be out of the main stream and protected from floating debris in a flood.

we asked who we had to get permission from and he said, “no one, the council dont seem to care.” – he had tied up for 2 weeks while he was doing some work on his boat. this was sort of confirmed by the fact that the trawler we tied up behind was actually on the public jetty that had a big sign saying ‘2 hour limit’ – and he was there the whole 4 days we were in innisfail and who knows how much longer!

we did the laundry, some provisioning, explored the town and its lovely old buildings and sampled some of the local restaurants. we also had a surprise visit from some old gove friends, brian had been speaking to them on the phone and they decided to drive over and visit. vernon ‘skin’ chessels, his wife di, paul davies and his wife tanya. they all live in the region now having left gove.

after a tour of the boat we all headed out to dinner and had a great night, it was a lot of fun to catch up with them after so long – paul & tanya in particular i hadnt seen for about 15 years. 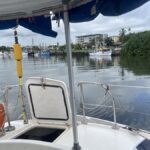 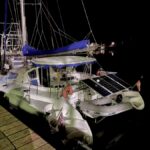 tied up on the wharf at night 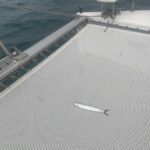 ‘caught’ this one sailing at night

we spent 4 days in innisfail and then decided it was time to make the run up to cairns, our friends lance and cheryl thomas were flying up from the sunshine coast to join us for a while, and sadly brian had to depart and head back home. we had hoped brian might be able to do the rest of the trip with us he has been great company and an excellent breakfast chef!

with lance and cheryl getting into cairns midday on the friday, and us needing high tide to get out of the johnstone river and a rising tide to get into the tricky moon river entrance to the bluewater marina north of cairns, we set off at 11:30pm and motored the whole way.

it was very light breeze with some dry patches but mainly drizzle thru to heavy rain at times, we had a strong current pushing us along tho and made very good time, in fact we had to slow the boat down in order not to get in too early.

we slipped into yorkey’s knob and fuelled up before tackling the scary entrance to moon river, the channel is shallow and very narrow, winding, with breaking sandbanks either side of the boat. it appears to be only a couple of metres wider than the boat and is the most challenging bar entrance i have ever attempted in a big boat. to complicate matters the dredge was working in the channel so we had to stop and go round in circles while we moved to one side to make enough room for us to squeeze by!

we only ended up spending one night in cairns as bluewater marina is miles from anything so no shopping or eating out was really feasible, and after lunch on saturday afternoon we decided the rain and wind had eased enough to make the dash to port douglas. so we said our goodbyes to brian as he headed home to yeppoon and sal drove us out through the scary moon river entrance and we had a cracking sail up to port douglas, avoiding nearly all the rain squalls and getting into our marina berth and tied up just before the heavens opened and washed us away!

we have been here a couple of days and the weather continues to be miserable, at least there are more restaurants close by here! although being school holidays most are booked out, so we have actually struggled to get into some of the old favourites. i went for a walk on 4 mile beach yesterday and it looked forlorn, covered in sea weed, grey, wet, miserable, beach closed for swimming and almost no one on it.

we are getting sick of being tied up in marinas or on wharfs, while it rains and blows rather than being out sailing and exploring, so we will probably head off tomorrow and go up to hope islands, south of cooktown. hopefully the weather will improve and we can get some snorkelling in on the reef. 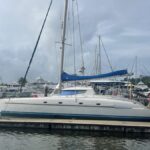 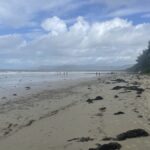 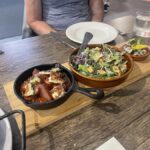 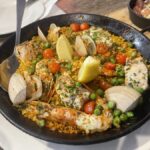 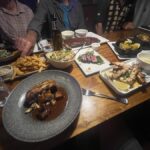 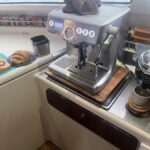 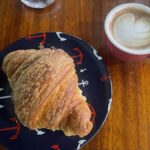