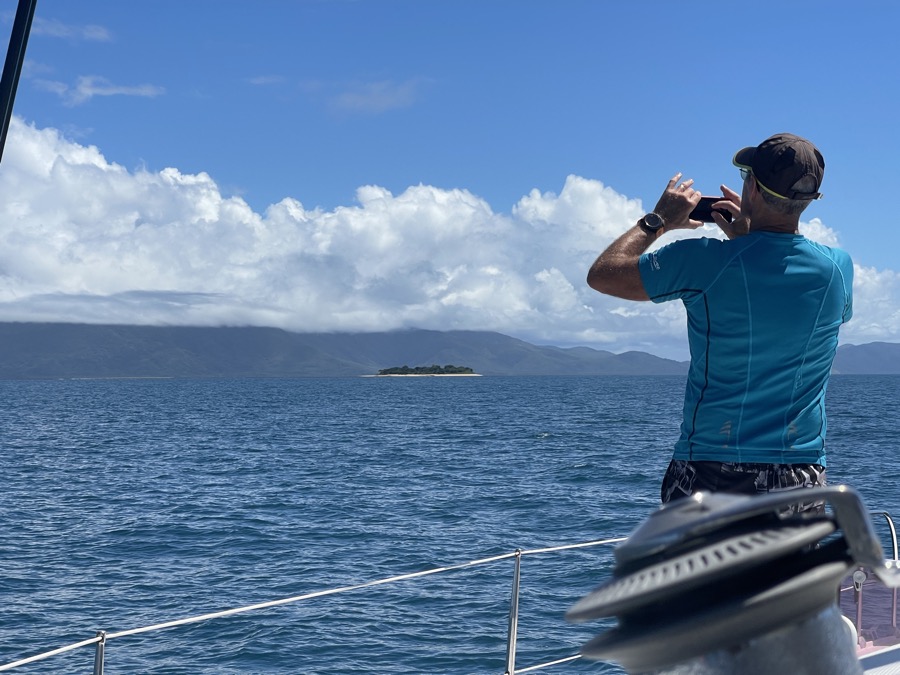 after port douglas we decided to head north to hope island, a local yachty in port douglas had told us it was one of his favourite anchorages on the east coast, its a small island with a large surrounding reef, the snorkelling is very good and the little island very pretty. we managed to pick up a mooring as we were once again the only boat there! i had some reasonable success with the spear gun so fresh fish tacos were on the menu! it was a peaceful couple of days, swimming on the beach on the island, snorkelling, fishing and generally relaxing. sadly the weather wasn’t the best with frequent showers, particularly at night. 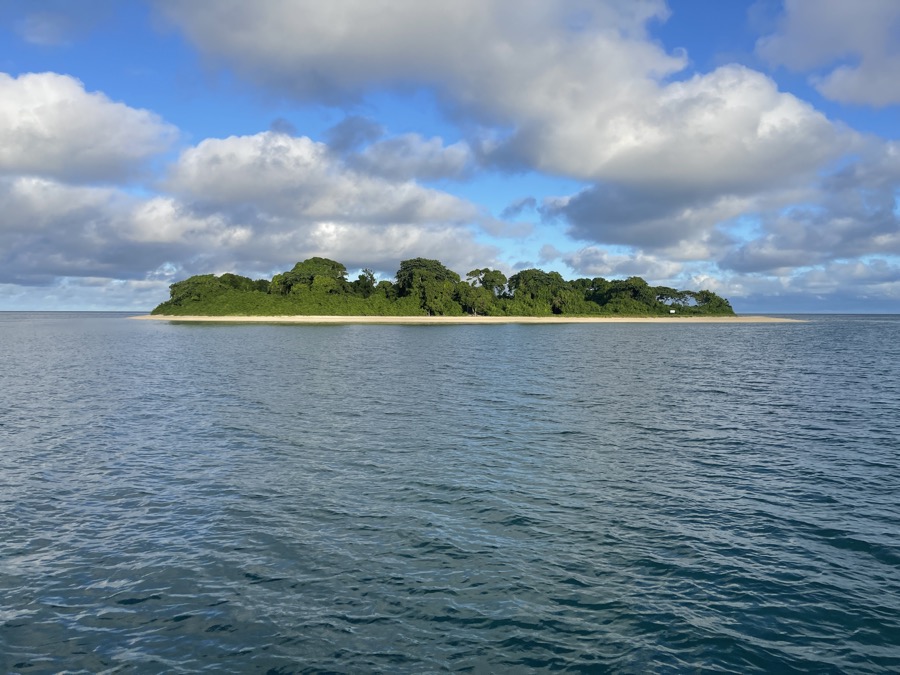 the trip from port douglas to hope island took us past cape tribulation – my home nearly 50 years ago, it was a sentimental moment for me, so many happy memories from so long ago. i had been back by road, but seeing it from the sea was special. 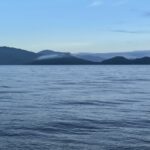 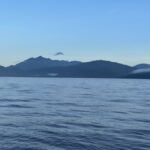 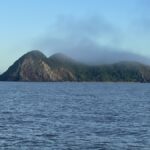 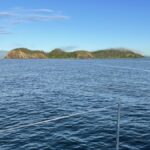 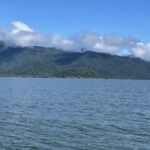 so the rain continued and the move further north from the hope islands to cooktown did nothing to help clear it up! we did have a rollicking sail up, 20-25k south easterly with a rolliing sea, so at least lance and cheryl got to enjoy a day of champagne sailing. we were fortunate in being able to tie up to the fuel jetty at cooktown and stay there for the 3 days. 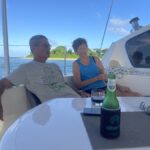 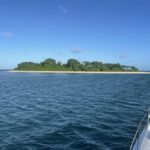 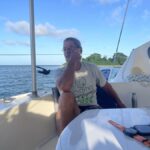 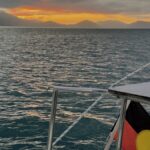 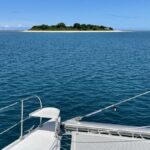 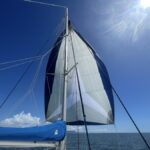 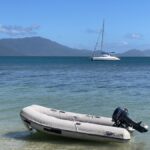 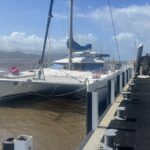 they say cooktown is the windiest place in australia, and it certainly reinforced its reputation while we were there, along with frequent and heavy rain storms.

for me it was a very humbling experience, to follow in the sails of two of the world’s greatest navigators and seamen, cook on the endeavour and slocum on the spray, they both visited cooktown – cook to repair the endevour after she had run aground on the reef and slocum during his solo circumnavigation. 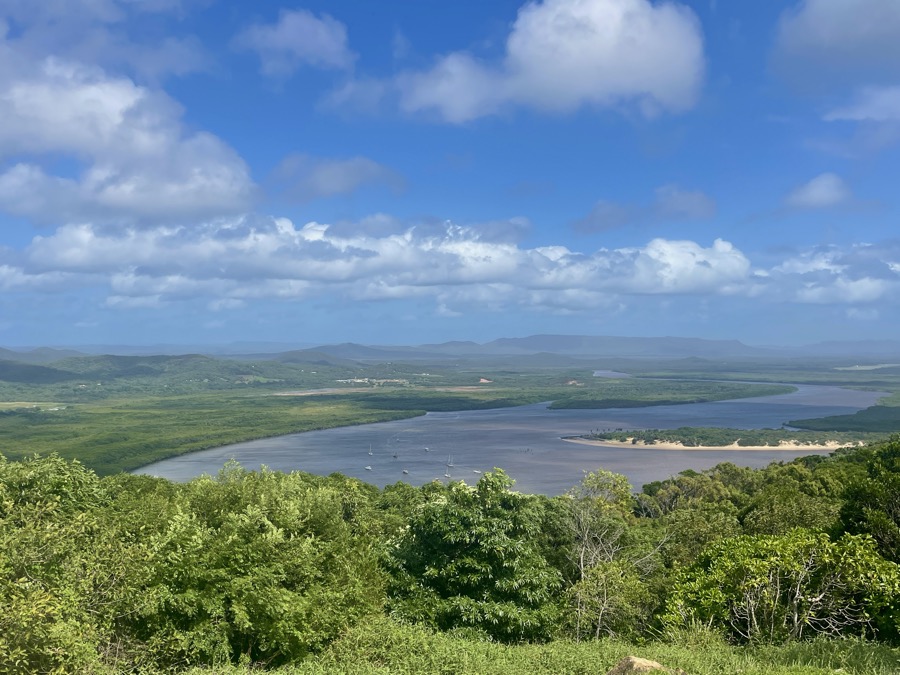 dave & i walked up to the top of cook’s lookout above the harbour, where he tried to make sense of the labyrinth of reefs and foul ground to plot a course out of the reef. we also visited the museum which has a canon and an anchor recovered from the reef where endevour ran aground, they were dumped to lighten the boat in an attempt to float her off.

for sal revisiting cooktown was very nostalgic, she had lived here nearly 40 years ago as a young woman, helping to build a house with her boyfriend, rakam, and his parents. she was able to catch up with all of them and revisit the house.

its a funny sort of place, and the weather made it hard to really enjoy it. I am reminded again, that while we live in an extremely remote place, its much more cosmopolitan and sophisticated than most similar sized places in rural and regional australia. cooktown just felt really backward, little things like a number of businesses that didn’t have eftpos, a post office/comm bank that couldn’t change money, a lot of closed businesses and a general feeling that life was pretty tough for a lot of people. 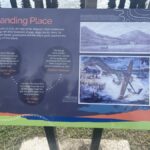 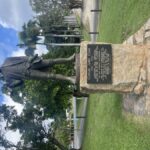 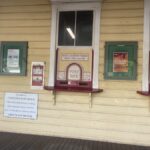 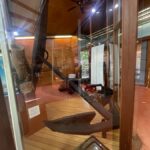 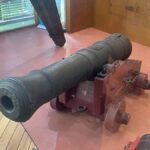 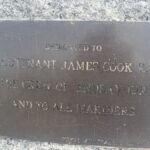 overall i enjoyed the few days there and i am glad we stopped there, we had a couple of nice meals and it has always been somewhere i wanted to visit for its vital part in australia’s white history. the bonus was i helped a trawler tie up on the public wharf and scored a box of huge U10 tiger prawns from the skipper, rob, so that was much appreciated.

we also met a couple sailing on another fountaine pajot, theirs was an athena which is the 38’ model, but built around the same time and very much a smaller model of ours, so it was fun to have a look over her. 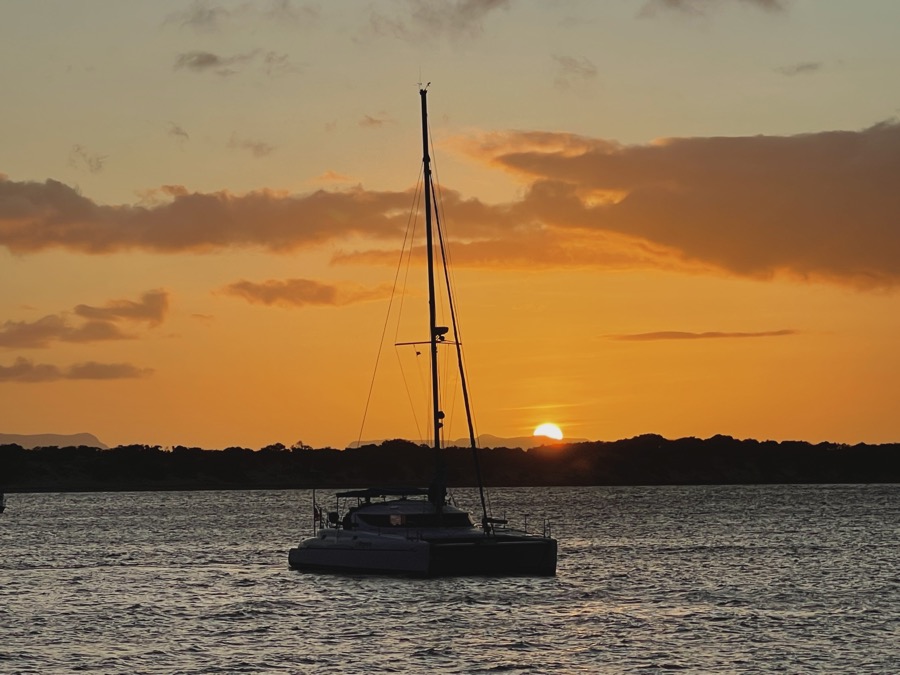 lance and cheryl also left us in cooktown, so its back to just the 3 of us for the rest of the trip! it was fabulous having them with us and i think great for sal to have some female company! we will miss them. 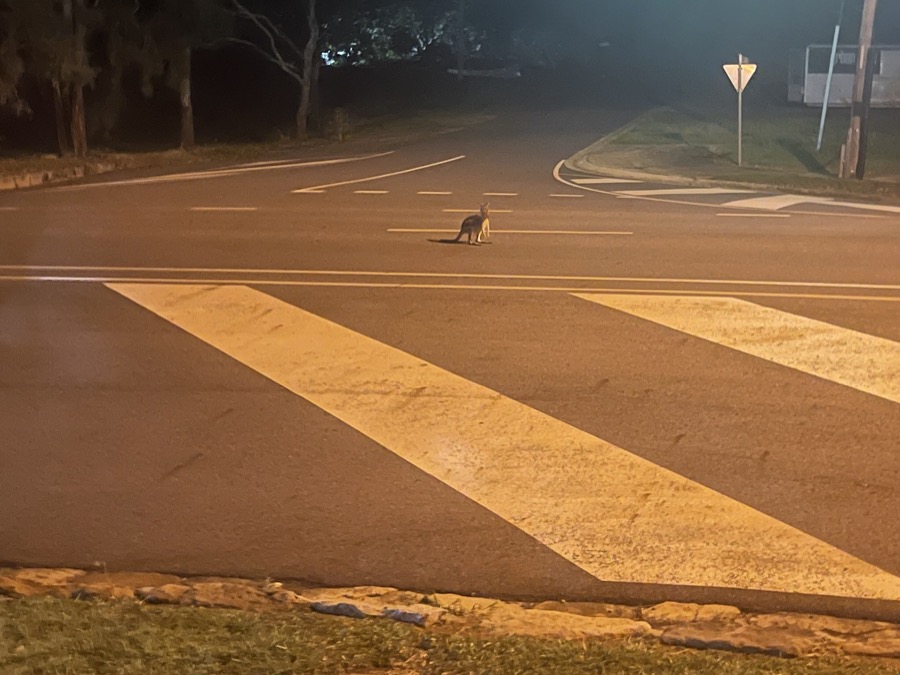