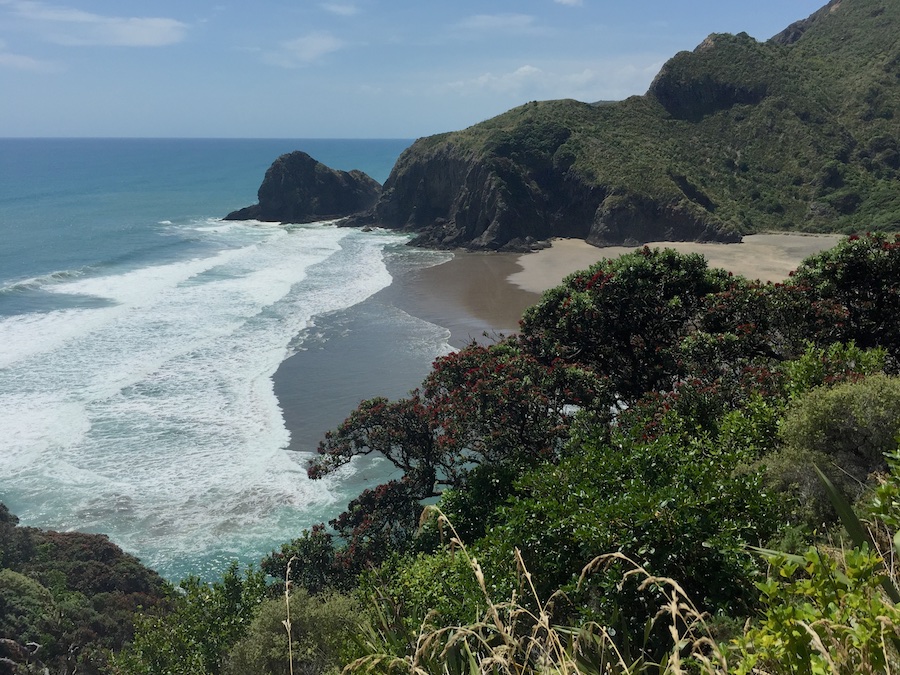 today was a classic summer sunday, warm, sunny and lazy! we pottered around at the bach, sunbaking, cleaning, washing and a little bit of gardening inderspersed with eating and resting while listening to tunes. all very chillaxing.

this afternoon kai wanted to go for a walk so we he and I jumped in the car and drove down to north piha, he beaches were packed at piha, everyman and his dog had jumped in their cars and driven out to piha for a bit of sun ‘n surf, we had the hot tip from jeremy though, head up into the hills and over to white’s beach when its busy in piha!

i can see why its quiet! Its a vertical climb out of the north end of north piha beach and then an even more vertical scramble down the other side into white’s beach – not for the faint hearted! in fact best suited to sure footed mountain goats. jeremy was right though, there were 4 other people there, so it was like a private beach really.

kai and i braved the cold water for a quick body surf and then we discovered the rocks were carpeted with lovely green lip mussels, so we filled our boardy pockets up with a feed of mussels and began the mountain climb, clamber and scramble back to north piha and then dashed home to cook up the mussels.

i decided simplicty was the order of the day, steamed them for a few minutes in water and then ate them with sushi vinegar, soy sauce, chilli, mayonaise, fresh thyme and coriander as a range of dipping condiments! all washed done with a cheeky little sav blanc! 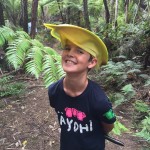 kai’s fashion in the forest from y’days walk 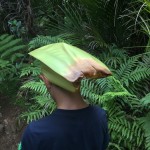 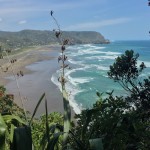 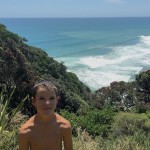 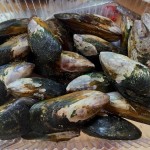 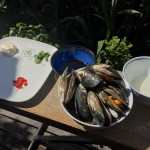