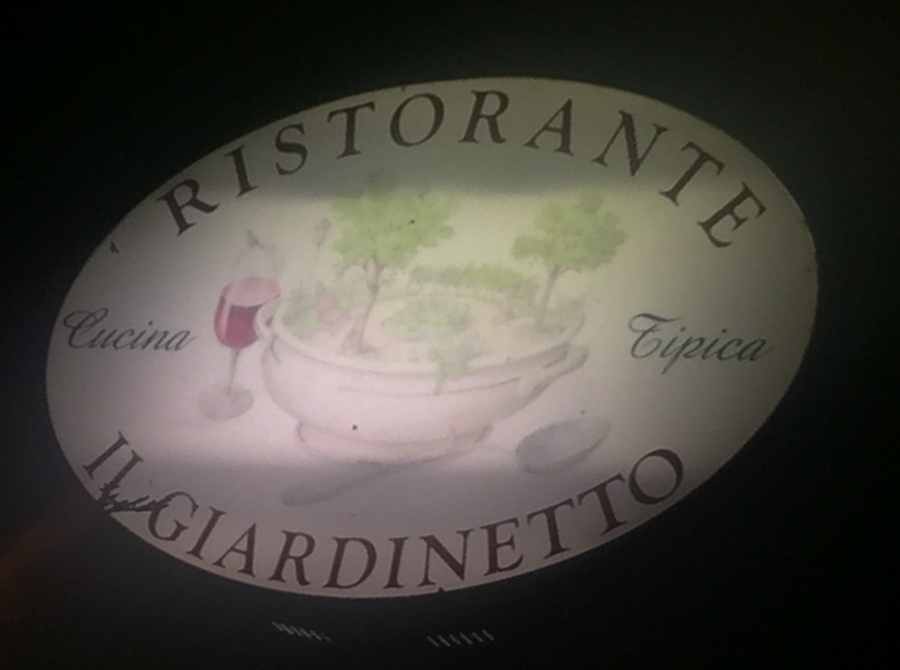 of course food and italia are synonymous, you cant travel far here without passing another bar, cafe, pizzeria or restaurant and while we have had the luxury of our own michelin starred chef, thomas cooking at the villa, (with the odd contribution from me and his sister in law, celene.) we have made the effort to try a couple of the piemontese restaurants.

sal and i popped over to il giardinetto in the neighbouring village of sessame a few nights ago, it was a degustion menu so we had no idea what was coming out, francesco, one of the sisters who owns the restaurant was an accomplished maitre de and assisted us competently with matching wines from piemonte and particularly barolo, to the dishes.

first we had a loazzolo sparkling white as an aperitif and then the antipasti of simple local proschiutto and salamis followed by anchovies cooked in olive oil with garlic poached in milk on char grilled red capsicum. next up was tiny meatballs on olive oil and vinegar cooked with sage and garlic.

then aubergine dusted in egg and breadcrumbs and fried, topped with ham, passata & mozzarella and baked in the oven.

final starter was an onion flan, onion cooked in milk with a pasta base, baked and drizzled with olive oil.

then we moved to the pasta, i had a black truffle tagliatelle and sal had a meat ravioli with a sage butter sauce.

at this point we had to be rolled out of the restaurant and craned onto a small truck to take us back to our villa! much as we wanted we could not possibly fit dessert in. 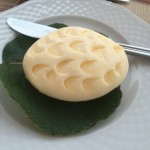 the fresh butter – i thought it was a special cheese!! 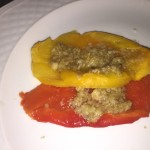 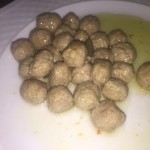 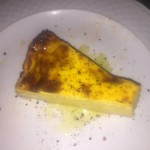 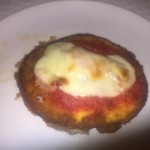 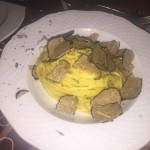 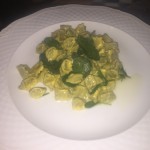 on friday night sal and I headed off to a restaurant I had discovered by serendipity, i was researching soething else entirely on the web and came across a comment about this restaurant suggesting it was a hidden gem, situated in the small village on top of the hill at cartosio about 20km from bistagno. it is simply called restorante cacchiatori. 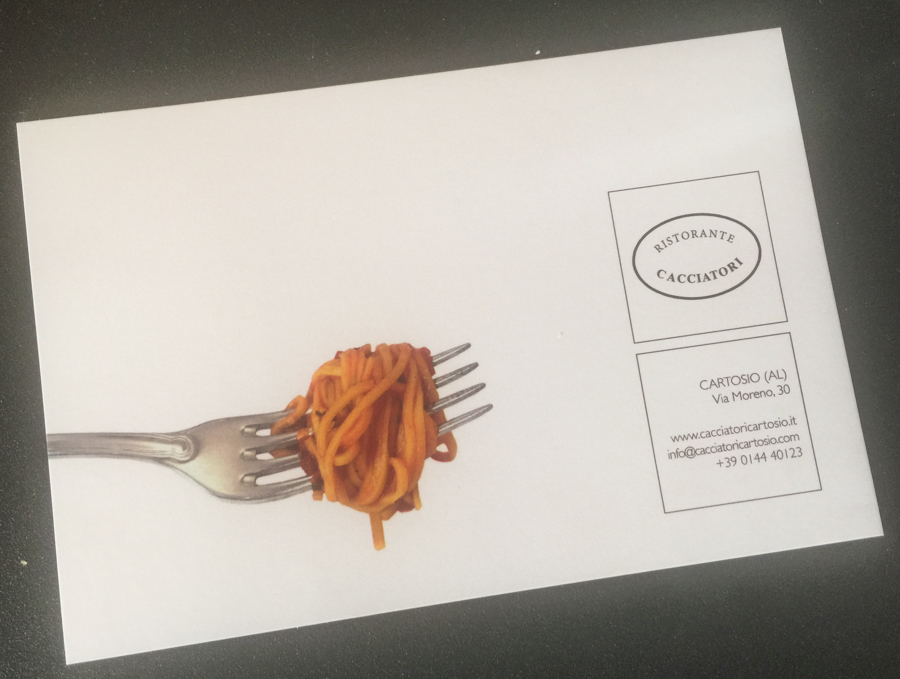 it is a hair raising drive to get there – along a single lane goat track that winds its way along the spine of the ridge that essentially joins the two villages, the views are breathtaking, the driving exhilarating and luckily most of the time there are no other cars on the road.

the restaurant itself is situated in a lovely old home in the village and run by a husband and wife team, it didnt quite have the ambiance of  il giardinetto but the quality of the food was a step up.

also the servings were much smaller which meant we got through all the courses and even partook of a little dessert!

firt up was beef cappacchio with fresh wild pocini mushrooms,

then roasted capsicum with anchovie fillet drizzled with olive oil 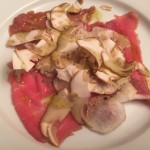 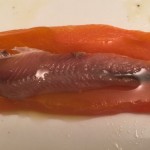 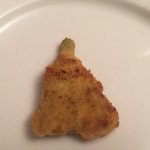 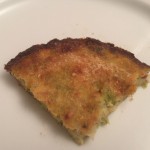 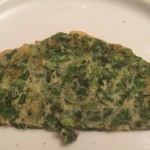 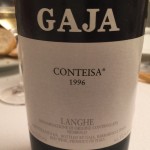 a rather nice barolo! 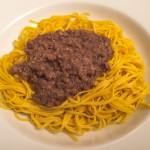 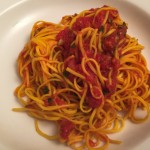 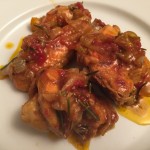 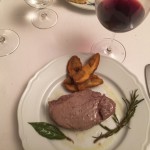 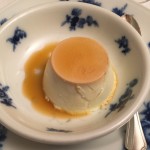 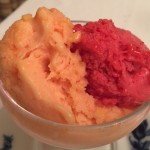 so that concludes my commentary on our two meals out while in piemonte, both very enjoyable, but ristorante cacchiatori takes the prize overall!