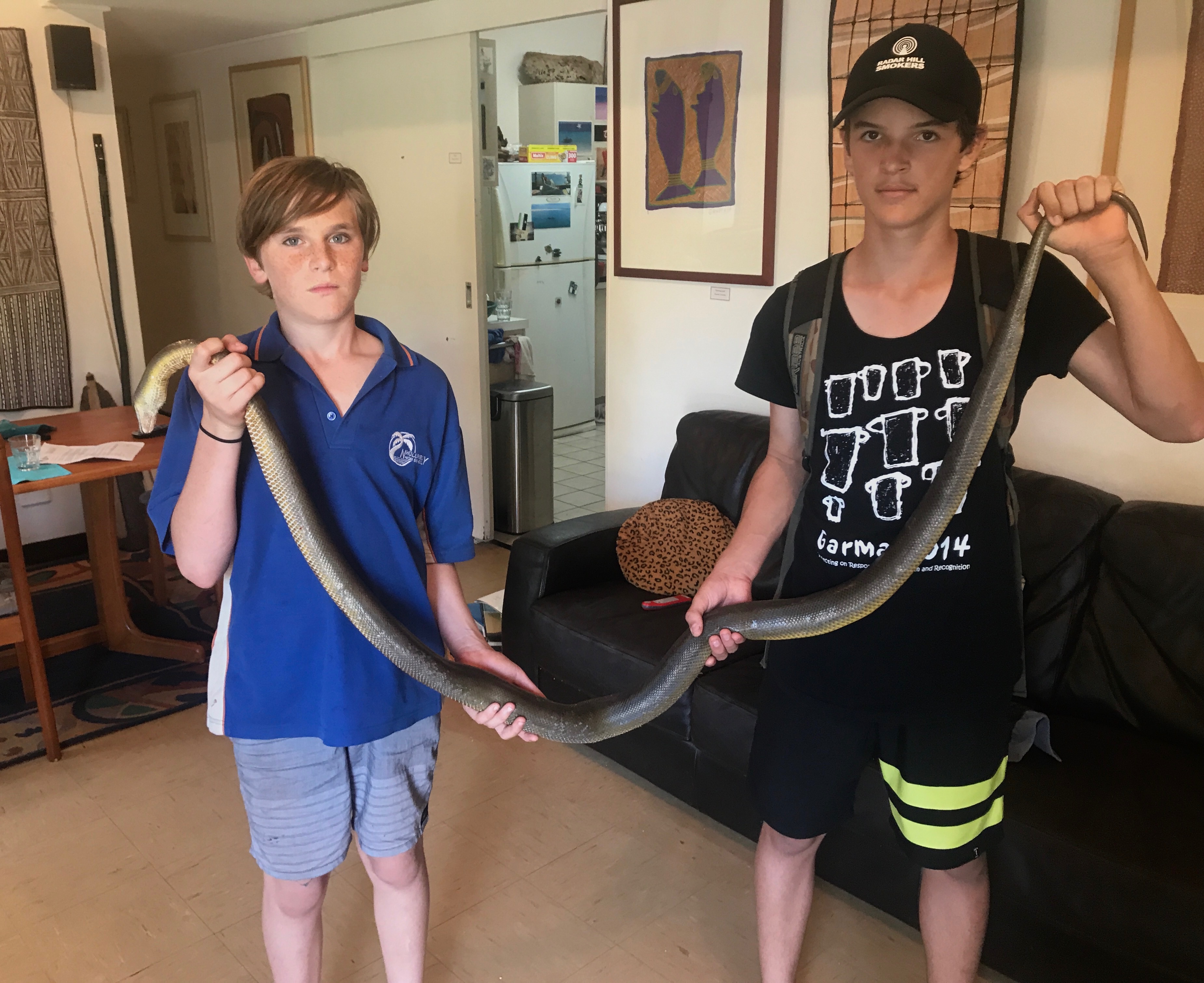 I am very close to closing and deleting my instagram accounts, the relentless stream of spamming ads has got to the point that it annoys and frustrates me way beyond the pleasure I get from seeing my friends photos.

I truly dont understand Facebook’s approach with encouraging and supporting spam on Instagram. Not only is it seemingly universally disliked by users, it spoils something that is so much a simple visual experience . I also dont understand why advertisers pay to spam users on Instagram – I am sure most people, like me, actually make a conscious decision to NOT buy any product that chooses to present as spam advertising on social media.

I would probably also delete my facebook accounts if it were not for the advantage of using our local community noticeboard which is a group running on FB. Without any local paper or other media here, it would be difficult to be without.

Its certainly one thing that makes twitter continue to be my social medium of choice, the lack of spam is a massive plus for twitter.

I guess I will have to think about whether I want to explore another platform for sharing images with friends and family, the most obvious is just to post them on twitter, another possibility is just to post more on this blog. I could also create a thread on our seekrit squirrel forum for the purpose of sharing images. Happy to hear other people’s thoughts on alternative image sharing social media. 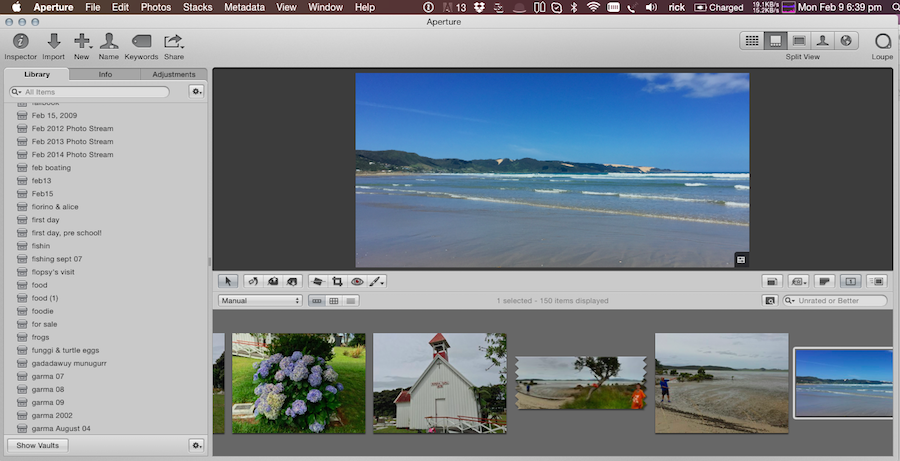 sorry, this is a bit of a techy post, so those of you expecting more tales of travel, images of yummy food or photos of sublime wines may as well skip this one and save the disappointment!

recently apple announced they were discontinuing development of both iPhoto and more critically their pro photo app, aperture. it didnt come entirely as a surprise given apple’s apparent disinterest in the needs of pro users – we had already seen the dumbing down of the video editing suite, Final Cut Pro, so the writing was on the wall.

as part of the release of the new operating system, yosemite, apple announced a new app called ‘photos’ which would replace both iphoto and aperture. i resolved to give it a try, despite my reservations, and this week the beta of the app became available thru a developer beta release of OS 10.10.3.

turns out it is not much good, surprise, surprise! its dumbed right down with lots of higher end editing features removed, its very much based around integration with iOS devices, with default photo streaming from all devices and built in sharing with popular services like FB & twitter. the problem is twofold, not only are pro type workflows broken by the weak editing ‘features’, but the integration and streaming is so built in and pervasive that retaining any real control over workflows is impossible.

I especially hate all the sharing, streaming, iCloud storage and integration defaults, i dont want my photo app filled with every image we take on all our devices across the family, i dont want to see kai’s or sal’s images on my iPhone, i dont want the iPhoto app to import and share every single image we take – most of which are crap anyway, and when i delete the crap ones i dont want the app to secretly store all the images i tried to delete!

I dont want to be using huge amounts of data for all the sharing, storing, iclouding and streaming, it never works properly anyway because the only place in the world with good enough internet plans to support all of this is probably south korea.

my needs are actually simple, a high powered photo organising app, that allows pro editing of images. i just want to connect our devices, import the images, delete the ones i dont want, be able to edit them and then export them for using in the blog, forum or storing on our smugmug gallery. I also want to be able to occasionally synch the devices so they have a selection of the recent images on them – the recent ones that have had the rubbish deleted and any edits done – in aperture that meant i synched the last 10 events.

aperture does all of this perfectly well, but the fact that apple will no longer support it or develop it means sooner or later i will have to migrate and sooner seems safer! so i thought i would give the new photos app a chance – but as i said it is so bad that it was actually completely disfunctional, so i gave up after a couple of days of trying to make it work at all.

the only viable alternative was adobe lightroom, and after initially having the same problem i always have with adobe apps – actually working out how to drive it, i realised its actually very good and does nearly everything i need really nicely. 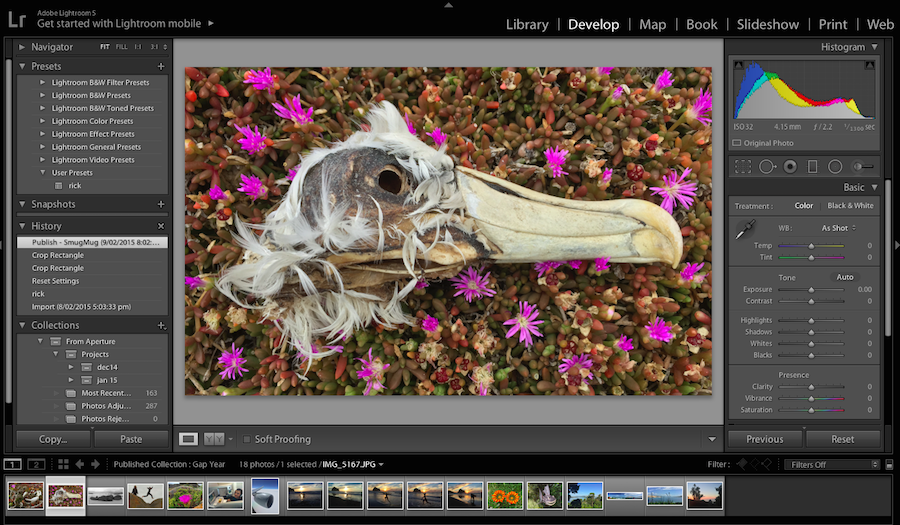 this is what the workspace for lightroom looks like.

it also made me reinvigorate our smugmug gallery to test the plugins for export to the gallery, i made a new gallery which is just a collection of the best of the images from our gap year, you can view them by scrolling through or play as a fullscreen slideshow by clicking on the slideshow button. The new gallery is HERE. i have upgraded the link in the links frame on the right hand side of the web page. 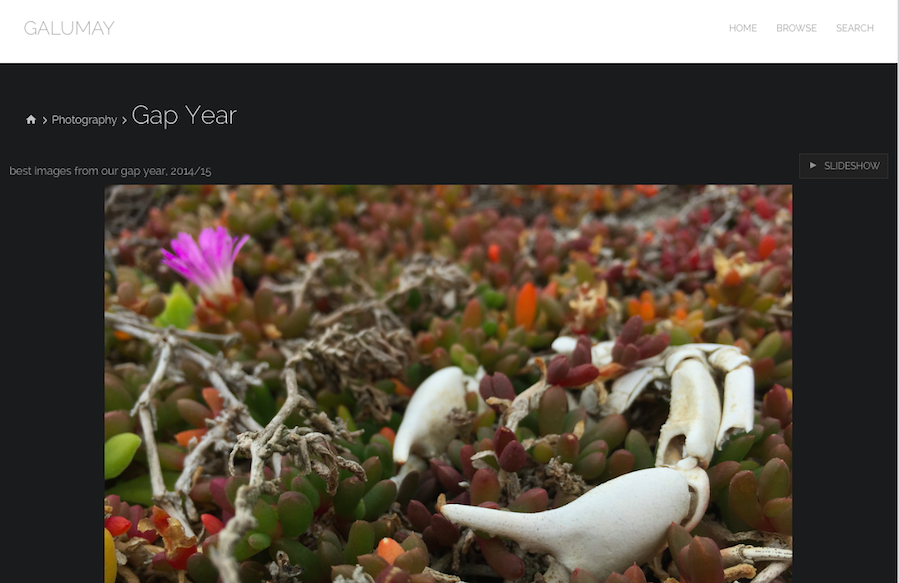 so far the only thing I havent worked how to do is to synch recent images with the idevices like aperture does, but i suspect there will be a plug in to do it. if not i can see a workaround of synching to folders because the lightroom catalogue is organised by date folders so its not hard to synch the last couple of months if need be.

i still have to find a way to eradicate the vestiges of apple’s photo app, every time i connect an i-device it tries to find its non existent folder and open up to import images – there is no way at this stage to ‘turn it off’ and you cant delete the app as its part of the OS.

while i think of it, pop over and have a read of kai’s blog too, he is doing a really good job and its part of his schooling for this year, just like ours, you can click on the subscribe button and get an email update whenever he posts to it. click HERE

EDIT – BTW I have added this ‘article’ to the Seekrit Squirrel forum and posted a follow up on synching images from Lightroom to iDevices via iTunes. The post is here HERE. 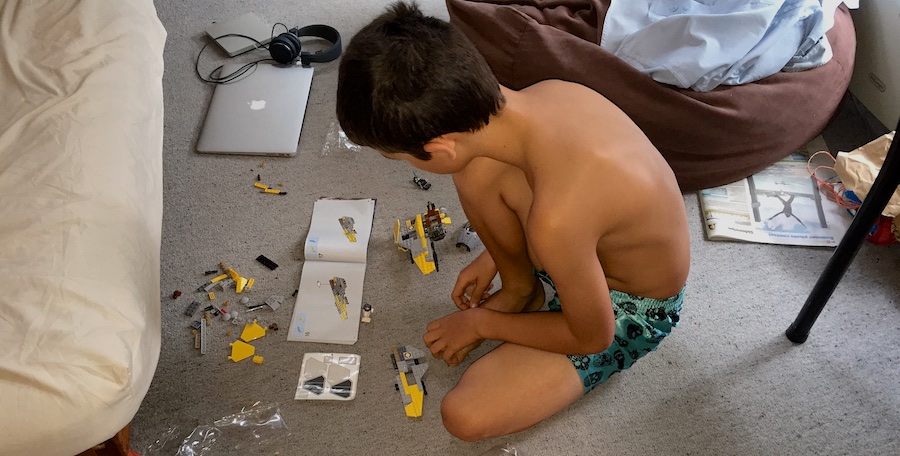 happy birthday to our beautiful son, kai. he woke this morning fairly early as is to be expected for a birthday boy! we all climbed into bed together and had a cuddle before he opened his little haul of presents, he added some more money to his wallet care of opa and grammy & pop, and some more lego direct from grandma erica and grandpa bob. mum and dad gave him some new games for the 3DS and some lego figurines.

following a birthday breakfast we headed into auckland for a birthday adventure, sal had discovered a ‘play in the park’ day a couple of girls had organised with lots of games and toys in a park on the auckland city waterfront.

kai had a ball running around and playing with other kids and things, we all had fish and chips for lunch and a wander round the waterfront, it brought back memories for me from when i lived in auckland and worked down on the waterfront doing marine maintenance.

we came home in the afternoon to the inaugural bbq on the little charcaol bbq setup i bought this week for the batch, it comprises of a little kettle bbq, a charcoal chimney to light the charcoal and a small butane camping stove for the chimney. 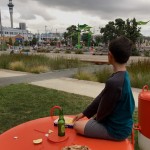 lunch at the park 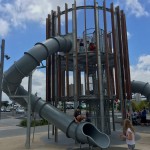 one of the playgrounds on the foreshore 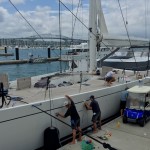 my boys polishing my yacht before we head out for a sail! 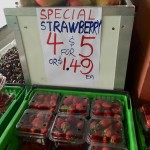 i keep saying how cheap the fruit is! 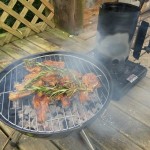 in other news, kai has started his own blog, you can see a link to it in the right hand frame in links, it is going to form part of his year 6 work this year, you can subscribe for email notifications of updates if you wish.

also i have added a forum to the server, i am moderating another forum and i had to learn a bot more coding, particularly for forums so the easiet way to learn is to do, hence seekrit squirrel was born. Its actually going to be a useful resource i think, conversatios about ideas, passions, things, places, etc can be better carried on in the forum, it also has a chat function if you scroll down and that means live real time chat if we are online at the time! Again the link is in the sidebar, you can sign up and you will ba able to add topics within the categories yourself, as well as replying to existing ones and using the chat feature.

please have a look and feel free to become involved!

i had a desperate call from a client this morning, he had spent a couple of hours getting the run around from telstra support trying to set up a telstra elite pre-paid mobile wi-fi, he had been given the usual telstra runaround and bumped from one support person to the next until one finally informed him that “Mac’s version 10.6.8 was not compatible with the telstra elite pre paid mobile elite wi-fi.” – at which point he gave them an earful of abuse and hungup!

even he knew enough to realise that a wifi router like this is platform agnostic and was compatible with all OS’s.

so, on to me and sorting out his issues, it took all of about 5 minutes, check the obvious things like network settings on his MacBook, confirm that the modem was connecting with the internet, isolate the problem to the wifi connection, solve problem with reset to default restart on the router.

one happy punter, shared disbelief at the total incompetence of supposedly trained support staff, and wonderment that telstra can survive with such awful lack of support.