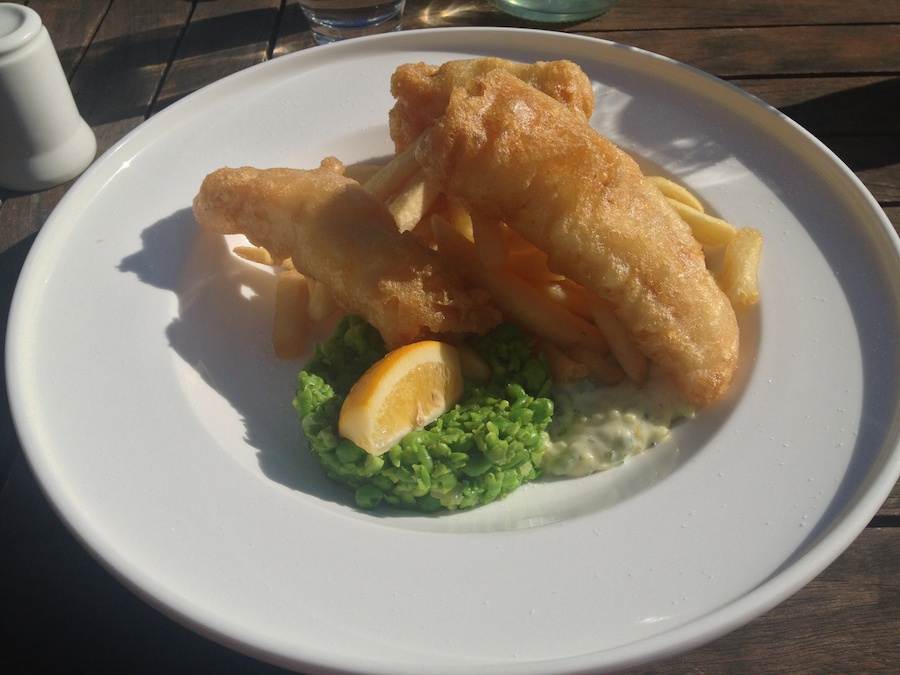 our tour around the south island of NZ has allowed us the opportunity to taste the best the ‘mainland’ has to offer in culinary and vinicultural delights, and the summary of my report is that the wine is very good. lots of variety, a fair amount of experimentation with styles and grapes, high level of consistency and reasonable pricing.

i dont think we have had a wine that we didnt enjoy to date.

but now we have done the wine, so on to the whine.

south island cuisine is non-existent, its 80’s pub food, prawn cocktails and deep fried camembert – and thats at the up market places.

we tried what was supposed to be the best place to eat in wanaka, the Spice Room – it claimed to be an indian restaurant, it was truly awful, no spice at all, no heat, no flavour. in fact it was almost bizarre – a so called butter chicken that appeared to be chook cooked in some sort of italian tomato sauce!

we also tried Hopgoods, the pride of the north, winner of multiple awards and meant to be nelson’s best eatery, a boring menu, the equal of a good pub meal in australia at best – yet they had to pull the flying ducks off the walls to fit all the award certificates for fine dining. the food was bland, the elements didnt harmonise into a cohesive dish and by the end of the meal we were glad just to scurry out the door.

we tried a lot of other places in between and either side, we tried places with glowing online reviews, we tried places on the recommendations of locals, and we tried to find ANYWHERE that offered what might be an interesting and creative meal!

here are some questions for those that claim to be restauranteurs in the south island, where are your local products? bluff oysters, scallops, kina, rock lobster, kumera, seaweed, native vegetables, anything other than the few staples that appear in every pub across the island.

i suggest you all hire a big plane and fly to tassie for a week and discover what can be done with great local produce, a bit of imagination and a decent palate!

the disappointment of our culinary adventure leads me to consider why this might be so, there is much to suggest it should be otherwise, a large tourist influx every year, plenty of quality fresh produce, great wine to accompany the dishes, no history of an established food culture to hamstring creativity…

the only reason i can imagine is the lack of cultural diversity, the south island has a very large white anglo saxon population, very few maori, not many islander, asian, african or other ethnic/cultural groups, even worse many of those that are here are descended from those less than renowned for any form of culinary excellence, the scots, the english and the irish!

i wonder how much is missed with the lack of large migrations like those that australia benefited from, the greeks, italians and eastern europeans after the war, the vietnamese after their war and others, it changed the landscape of australian cuisine for ever and is probably the biggest single factor in our rich food culture. it also allowed the development of our fusion cooking with the blending of mediterranean and asian foods.

contrast that with australia, where i do admit there is little doubt that the world’s best food culture is on display – based around a hugely successful program of multi culturalism. we dont have to look to the culinary capitals like sydney, hobart and perth to find much better dining than the south island of NZ, darwin – a tiny ‘city’ has literally dozens of better places to eat than anything we found here, huge variety from world class asian like the Hunaman restaurant to wonderful Mediterranean fusion like served at Lido’s.

honestly, even the food at the Arnhem Club and Walkabout, in the tiny, very remote, small mining town we live in, serve comparable food to the best we have had here so far – and that is a shocking indictment.

luckily i held back and didnt post this when I wrote it – in the hope that we would have an epiphany meal and our opinion would be changed!  as chance would have it, lunch in the former french colony of akaroa was the meal that showed south island kiwis were capable of great food. we had a superb meal of blue cod and chips with mushy peas. the batter was as good as I have ever tasted, the fish was cooked to perfection, the mushy peas were a delight and the tangy tartare sauce was freshly prepared. the chips were also just right, crunchy, golden bites of yumminess.

just to test that it wasnt a fluke we ordered a dessert, Crème Brûlée with mulled wine sorbet and honeycomb – i think the photo probably tells the story! 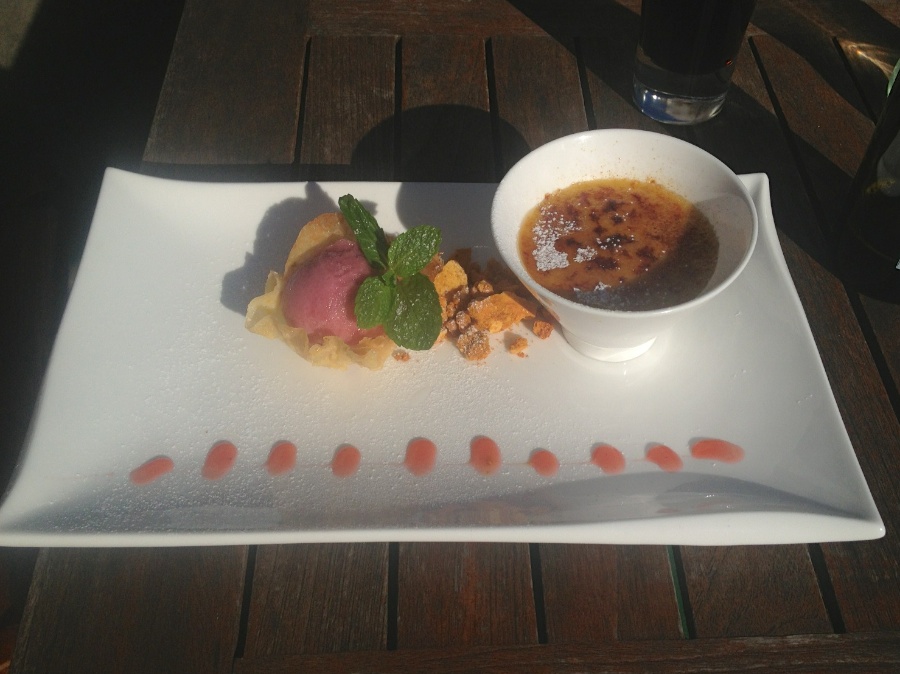 still, one memorable meal in nearly a month does not a food culture make, plenty of room for improvement here NZ, and a fantastic opportunity to capture a discrete tourist market that tends ot have high disposable income and are likely to leave plenty of their dollars in the shakey isles.

One Response to “food ‘n whine”