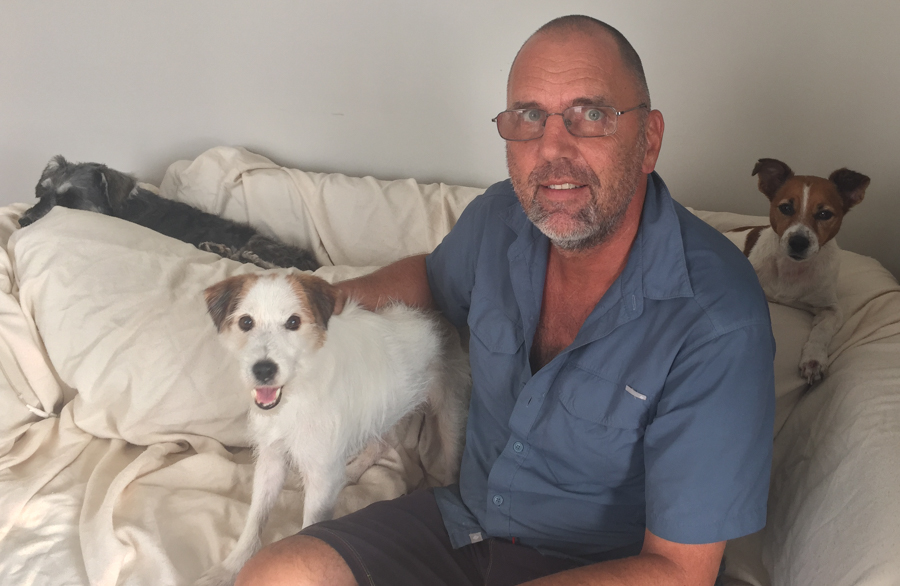 harry, the schnauzer, spats and buster.

..well, home as in back to Piha! We have been over in a suburb of auckland called henderson for a week, housesitting 3 small dogs. it was somewhat challenging, firstly kai has a phobia about small dogs after being ‘attacked’ at garma one year by a rampant chihuahua owned by one of my grandmothers, secondly they were all typical small dogs, thirdly their elderly owner obviously was not the alpha male in the pack!

so after a few days i had them pretty well trained, i was the alpha male, kai and sal also ranked above them and it was actually pretty amazing the difference. a few good hard long walks each day helped keep them too tired to try to take me on and regain ascendency in the pack!

kai also did really well with overcoming his fears about small yappy dogs, he became friends with all of the dogs, but buster ended up being his favourite!

we had a fun day when we went to a sporting activity day in a local park, 2 young guys from in2it street games turned up with a heap of sporting gear and local kids gathered for fun and frolics in the park. one of the big ‘hits’ was the oversized boxing gloves! 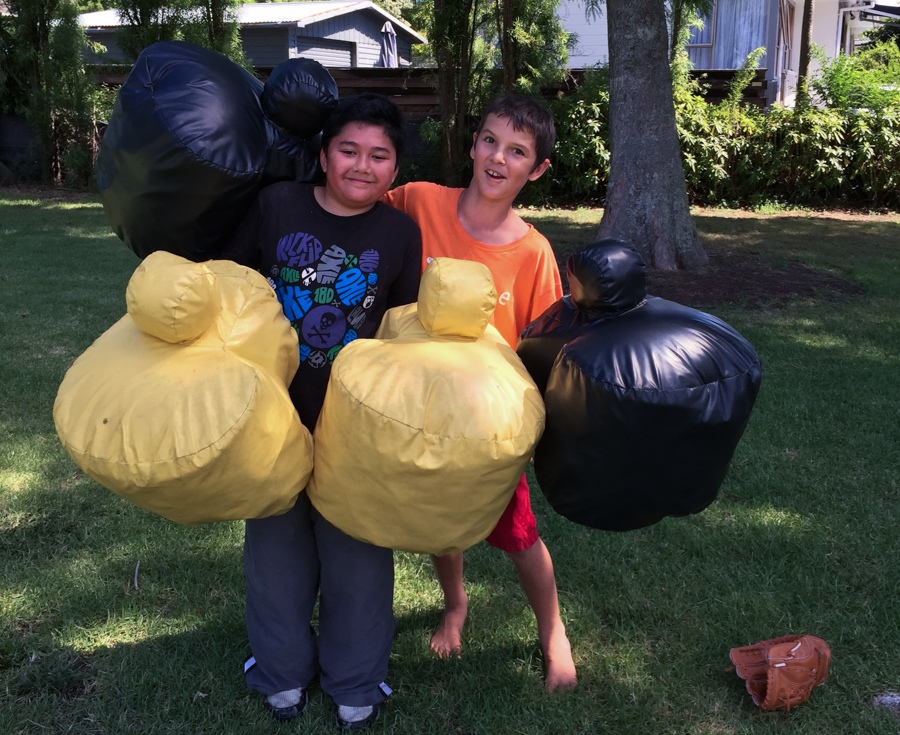 anyway, without going into too much detail, it was not an easy week and we are extremly grateful to be back, ensconced in jeremy’s bach in piha. we came home yesterday at around midday and had lunch with jeremy, he had got back to NZ last week and so it was lovely to finally be in his home – with him!

he has headed off down south to catch up with family so we have Piha for another week before we head off on our next house sit.

the weather has also turned it on for us since arriving back, glorious sunny summer days, so we headed over to white’s  beach for the afternoon and had a surf, swim and sunbake as well as hooking a few kilos of fat green lip mussels off the rocks, before climbing over the ridge back home to piha and a dinner of bbq mussels! life is sweet, indeed. 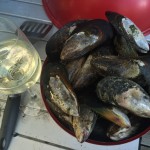 prepped, ready for the grill 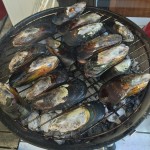 cookin’ up a storm!

BTW, for anyone interested I have posted a thread about House Sitting Sites in our seekrit squirrel forum, hop over and have a look if you are interested in house sits. HERE

One Response to “home!”