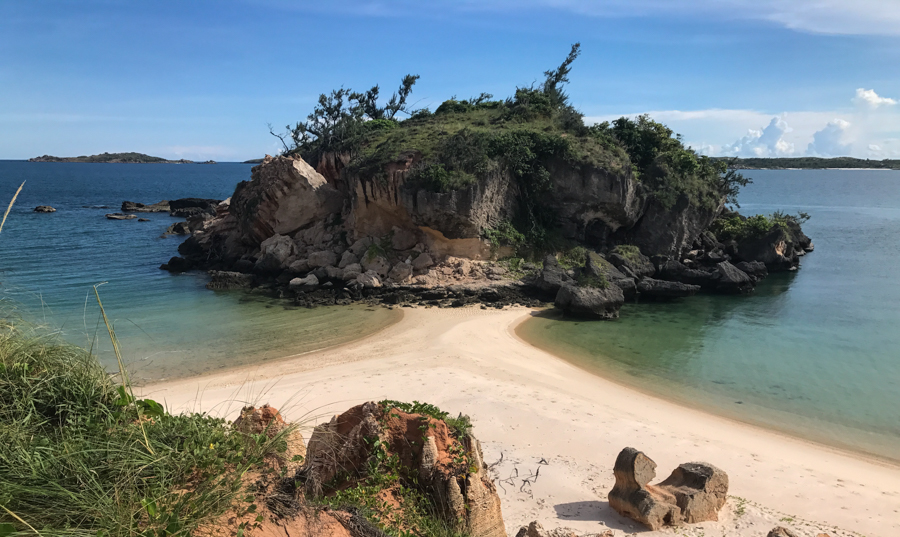 my old mate, brian livingstone (livo), used to live here and relocated his family to yepoon in queensland some years ago. he pops back every couple of years for some fishing and to inflict serious and lasting damage on our livers. this time he brought his daughter caitie and settled in for 2 weeks. they stayed with my mate dave ‘butts’ butterworth – which helped prevent early onset cirrosis in my case.

brian also brought a wonderful present for me up on the plane, it was a total surprise, but i suspect dave was also involved! I was actually overwhelmed a bit, its a magnificent gift and will take pride of place at rick’s bar & grill.

our original plan had been to charter a boat for a few days and do a barra fishing trip, but it proved to be so expensive that we bought a small mercedes each instead and decided to spend 6 days camped down at paradise, a.k.a bawaka, we took both dave’s and my boats down and sal drove the troopy down.

we asked timmy to come down too, so we could get him out on the boats and also have him create a cultural education experience for our visitors. he came down on the friday and spent the weekend with us, also bringing djakapurra and yarrangu as well as djaka’s son russell who is a year older than kai. 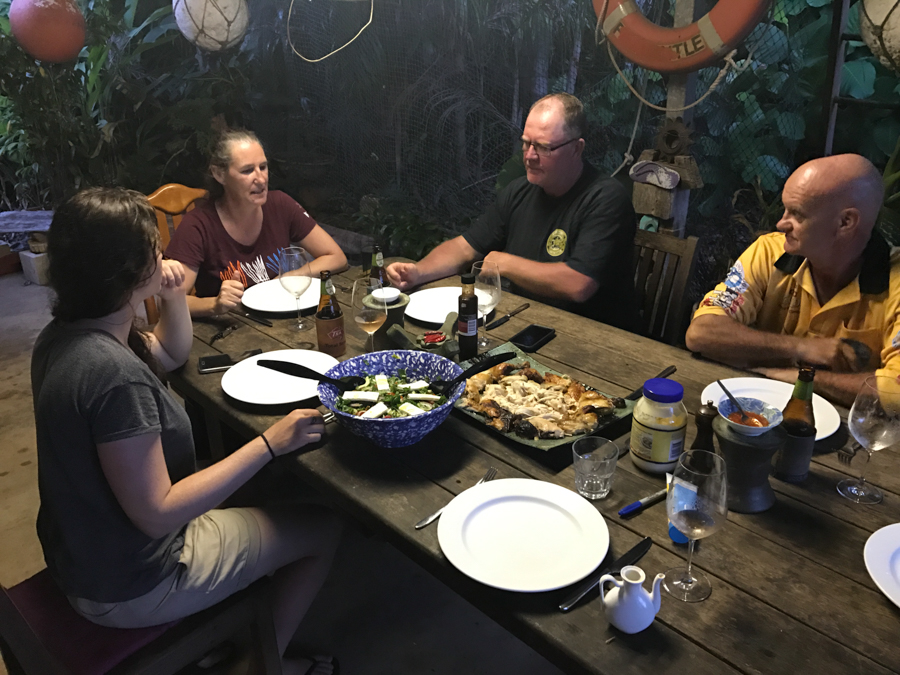 we had a few days in town before heading out, and brian, dave and I actually did a run down to bawaka to take some of the gear down and make sure all was ready for our visit. as usual the days were started at rick’s bar & grill with coffees and usually ended there with dinner!

friday morning we launched the boats at yirrkala and set off for bawaka while sal headed down by road, it was a perfect morning with glass off conditions and flat seas, i only stopped for about 45 seconds to catch a large mackeral for dinner! 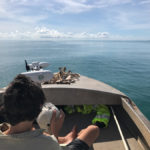 on the way to bawaka 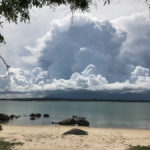 storm across the bay 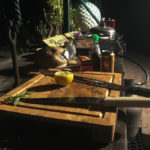 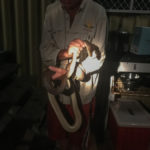 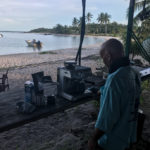 the most exciting thing on the first night was the appearance of wititj, or the olive python as he frightened the life out of russell by slithering across the sand towards him as he sat beside the camp fire after dinner! it was well over 3m long and one of the biggest I have seen, after a bit of fumbling in the dark I managed to pick him up and relocate him into the swamp – well away from our beds!

as you can see our effort at camping more properly falls into the category of glamping – proven by the fact that we lugged dave’s espresso machine out there so we could have a proper start to the day with freshly roasted coffee from arnhem roastery!

saturday we decided the weather was perfect for a run down the coast towards the group of islands known as the three hummocks. timmy was very keen to visit an island which he is named after, he told me it was deadly island – which I couldnt find on the map, but as it turned out i had misheard him and it was actually dudley island! the yolngu name of the island is murrmurrgu, and timmy had never been there so it was a very emotional trip for him.

we followed the coast down and trolled around any likely looking islands or rocks and got a nice range of fish, and some unwanted ones like sal’s shark! 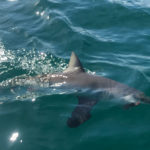 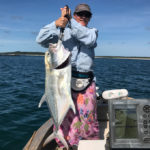 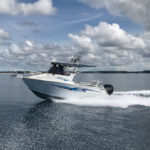 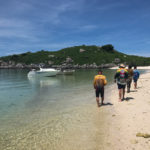 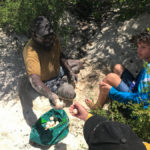 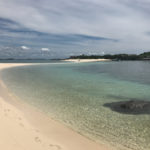 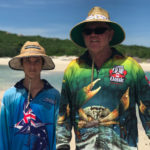 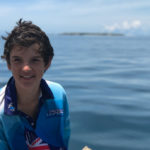 we stopped at one of the three hummocks for lunch, it was actually 2 islands joined by an amazing sand spit, and it wouldn’t have been hard to stop there for the rest of the day! it was totally protected by the other islands around it in every direction, the water was crystal clear and the sand was soft and clean.

timmy at his namesake island, murrmurrgu 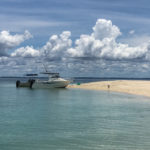 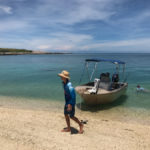 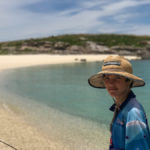 kai heading off with his spear 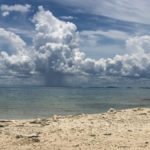 storm in the distance 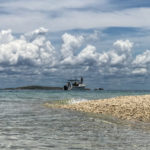 when we arrived at murrmurrgu we discovered an even better beach if possible, it plunged straight down into deep water and was just an idyllic location, it was beautiful to see how emotionally affected timmy was by the chance to visit his island – and that alone made the whole week worthwhile just to be able to take him there. I dont think any of us will forget the experience for a long time.

that will do for part 1, i will try to put together a part 2 post later this weekend.

i did record a little video of timmy talking about his experience in visiting his namesake island for the first time,