our first glimpse of turkey

we left NZ on sunday lunchtime and landed in singapore after 10 hours flying at about 7pm, we then had about 7 hours in changi airport. I had booked a room in the transit hotel so we just crashed in there and slept until boarding. we then had another 10 hrs or so to istanbul, the flight left at about 2am so we were able to sleep a bit on the plane.

we flew singapore airlines all the way and found them as good as ever, polite, helpful air staff, good food (for planes!), and soft landings!

we were a bit disconcerted when the first glimpse of turkey as we crossed the eastern border early on monday morning was snow covered mountains!! as you can see from the image, its not light snow either, maybe the spring thaw is a little late?

with the aid of google maps on my iphone we were able to direct the taxi driver to our apartment, no easy feat as the area, fener balat, is a maze of tiny little cobble stone streets.

serdar, from whom we rented the apartment was there to meet us and it soon developed into a bit of deja vu – like our arrival in havana some years ago. the similarity was more than just visual, there was a ‘misunderstanding’ about the apartment. We were not in fact renting the whole apartment as we had understood, we were renting 2 bedrooms in the apartment, serdar lives in another bedroom, and there is another double and another single that he rents out also.

so in effect we are sharing with him and whoever stays in the other rooms. its not the end of the world, and i am sure we will meet some interesting people – although so far we are the only guests anyway. 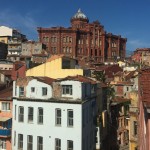 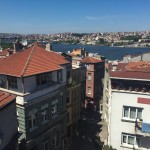 the view from the balcony

the apartment has a narrow winding staircase up through the floors and in the middle of the lounge room on the top floor there is a thick piece of glass set in the floor so you can see all the way down to the ground floor!

we are only just starting to explore the food, so far we have just been getting a big plate with heaps of stuff, rice, chick peas, lamb, kofkas, vegetables etc so we can try different things and see what we like. in fener balat they serve it with the most delicious, light bread – very similar to baguettes.

we have also been buying the most scrumptious tomatoes from the street stalls and fresh hot bread from the bakers for a yummy snack at home! 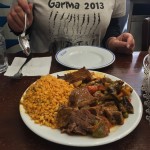 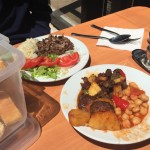 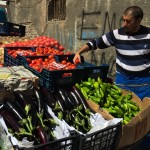 we have done a bit of exploring in our immediate neighbourhood, my foot gets better by the day, but I still have to be a bit careful about how much walking we do! its certainly a fascinating city to wander around and I am sure we will continue to be amazed as we explore further afield over the next couple of weeks. 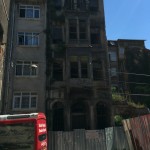 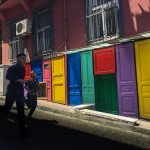 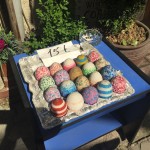 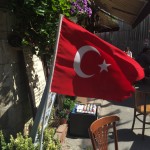 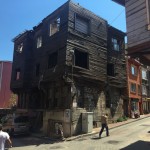 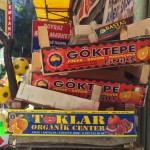