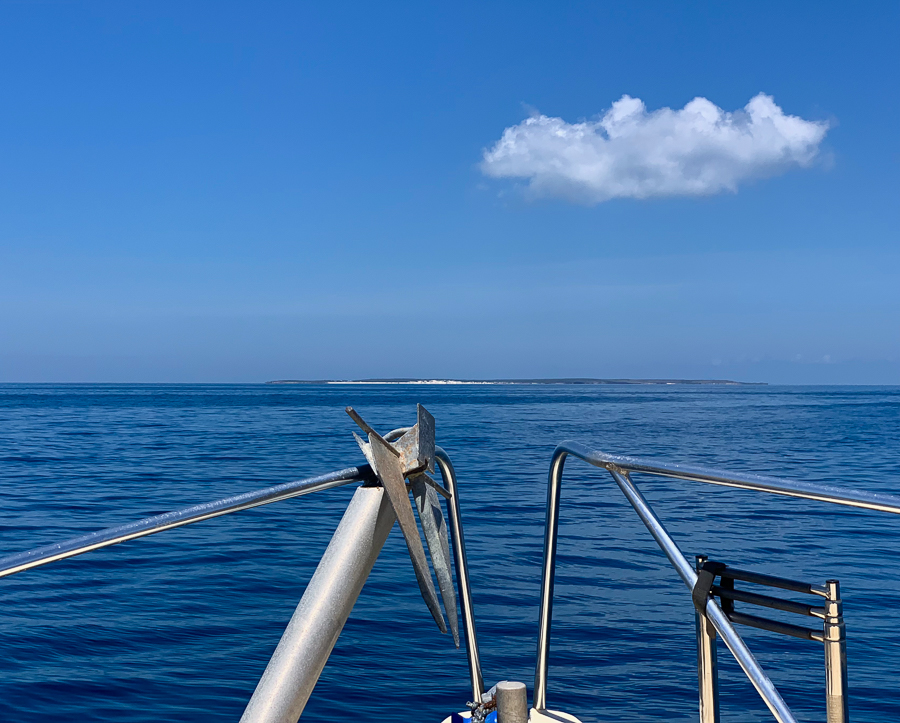 we had our first trip in the big boat for the season this weekend, we headed out on friday morning to truant island, towing the tinny. we have been waiting for the dry season winds to really abate and finally this weekend looked like the break, with the winds shifting round to the north and even into the north west on sunday.

despite the fairly long interval between trips, nearly everything worked well on the boat and we didnt forget anything other than a couple of minor items! our last trip was back in may, so it was quite a break over the dry season.

we had a gold spot trevally we caught after arriving on friday for dinner the first night, a sploosh of chipotle mayo, salad with greens from the garden and a nice bottle of white were the perfect companions as we watched the full moon rise. we had hoped we would see the turtles hatching given the full moon, but there were no signs when we checked about 10pm and no tracks in the morning. 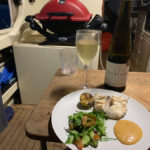 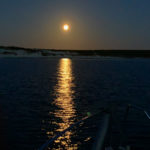 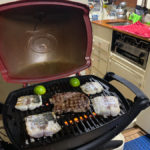 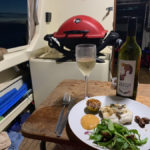 we had a quite varied weekend, kai & I did quite a bit of snorkelling as the water was very clear, given that young sean whitcomb nearly most his arm in a shark attack here last weekend, we were a little cautious in the water! kai and I also spent a fair bit of time chasing fish from the boat with our spears, kai hit a couple of mullet but they got off before we could recover the spears. Sal and i spent saturday morning bottom fishing the reefs around truant banks without much success but caught a couple of mackerel to keep us fed!

we also did our usual beachcombing and brought home some more floatsom and jetsom for the decorations at rick’s bar and grill! 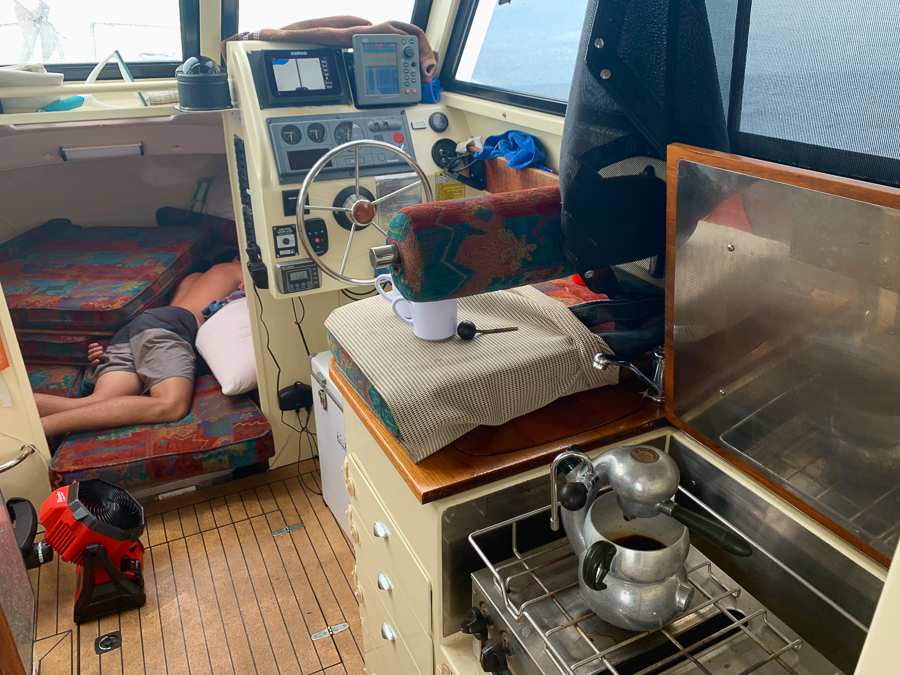 we had a leisurely trip home on sunday, as you can see kai slept the whole way, i am making a coffee while the auto pilot steers us homewards!