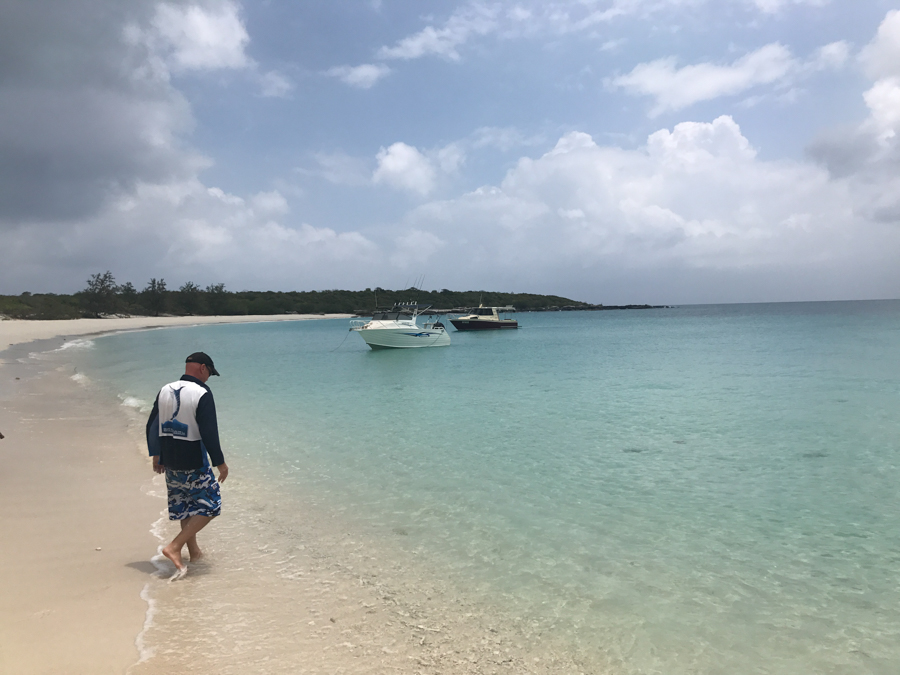 we spent this weekend on the big boat up at truant island with the Blakes, we have been promising Andrew & Di a trip on our boat for the last few months and finally we all got our acts together for this weekend! Dave also came along in his boat which we planned to use for fishing and exploring sessions.

the weather wasnt as good as I had hoped and it was a fairly slow and bumpy trip up there on saturday morning, but as always, once we were in the shelter of truant it was white sand beaches, crystal clear water and lots of wildlife!

we did have a troll on saturday afternoon and picked up a couple of nice mackerel and gold spot trevally, with sal cleaning up with most of the fish!

we also caught up with the keeleys who were up there in their noosa cat with their 3 little boys – the whole family spent the whole weekend spearfishing!

saturday night we had a great meal with the mackerel sal caught followed by a yummy beef curry that Di had cooked and brought along.

we did 6 hours motoring and used 140 litres of fuel which works out to 23L per hour which is pretty good, and we did 74 miles so just under 2L per mile. I was trying out the spare prop, which is the original 3 blade alloy prop, I had already decided the current 4 blade stainless prop is too big but I just wanted to compare the old one before deciding on what the correct size for the boat is. Other than that we had more issues with the electrics, but I have isolated and rectified most of the issues, now its just a case of replacing the house batteries which are no longer holding a charge.

we also had some sort of fuel problem when we were nearly back to the boat ramp, on checking it seems like it was just accumulated water and crap in the fuel tank that had filled and blocked the fuel filter, so I have cleaned it all out and changed the filter.

i didnt get round to taking enough photos! i only have the one above from truant and a couple from our dinner on the friday night before the trip, so its words more than images this week! (sadly andrew’s waterproof case failed on his iPhone when he swam ashore at truant, so his phone is borked and all the photos lost, the one of me cooking the steak, he messaged to me on friday night – so its the last seen image off his dead phone!!)

dave teaching me to flambe prawns 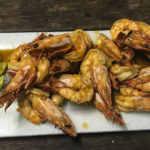 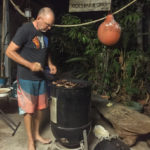