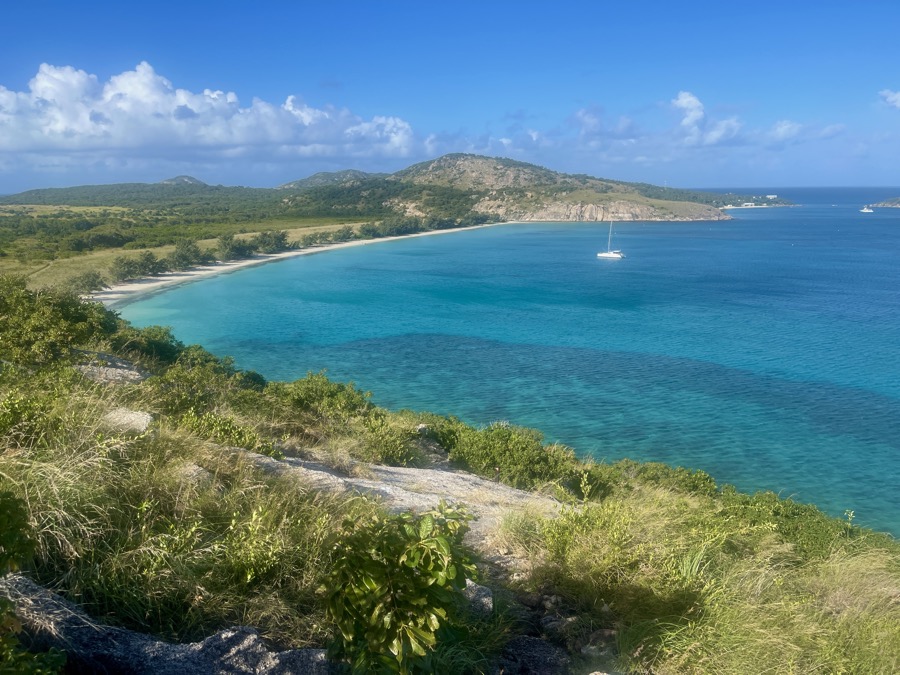 next off we headed out to lizard island, another famous place in cook’s trials and tribulations. its here he climbed to the 380m peak and was able to at last see a passage out of the great barrier reef, a passage he named providence passage. so again dave and i climbed in cook’s footsteps to the peak, thankfully he had painted white arrows and carved steps in the steeper parts of the track which made it a bit easier. 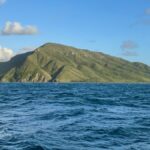 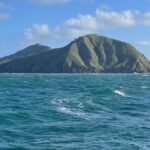 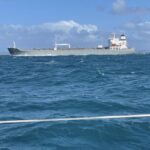 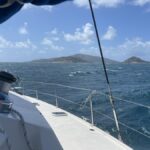 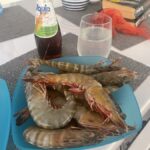 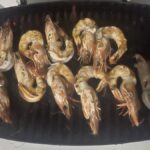 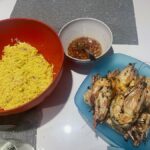 lizard is also home to a very exclusive resort, so cook would have had somewhere nice to have a beer after the climb. its a stunning island, one of the prettiest on the queensland coast, 2 very safe anchorages to suit all conditions, lovely white beaches, stunning coral and fish life and stunning scenery. we only really had time for 2 nights and a full day, we easily could have spent a week or so here. all the outer ribbon reefs are close by too and places like the cod hole so there is plenty to occupy the time. anyway, we have to press on in order to get home when planned so we are off again tomorrow headed to cape melville. 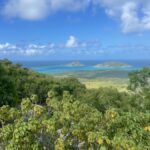 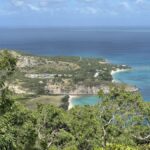 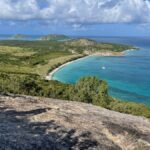 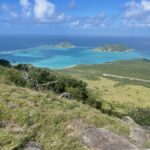 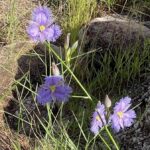 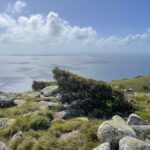 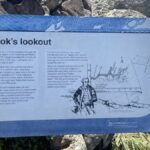 Conditions were so favourable we decided to sail on thru the night and head all the way to restoration island, home of david glasheen for the last 30 years, named by bligh after he made landfall in his dingy having sailed from tonga after being thrown adrift following the mutiny on the bounty. it was as we made landfall ourselves that a tragedy befitting the great mariners of the past became apparent, we started the engines to motor in and drop anchor and discovered we had no drive from either engine!

we managed to sail in close enough to drop anchor and assess the situation, a quick dive over the side into the crocodilian waters revealed the starboard propeller was gone, worse still the thread on the end of the shaft for the lock nut had been sheared off. we can only assume we hit a lump of semi submerged timber with the prop and it was torn off. so the spare props we have were of no use.

things then got worse when dave checked the port engine, me having confirmed we at least still had that prop intact. the sail drive had come apart from the flywheel housing on the back of the engine, disconnecting the drive from the engine. we knew these threads were in poor shape from the work we did on this sail drive in brisbane, but this was an unexpected disaster. presumably the sail drive on the port side had also taken a severe bump from something in the water, forcing the separation.

our initial belief was that neither side would we be able to repair an engine and saildrive to working condition, leaving us just with sail for propulsion. this seemed a totally untenable situation so our thoughts turned to trying to arrange a tow back to cairns so that we could haul the boat out and fix these issues. aside from the potential expense, the thought of being towed hundreds of miles south, against the tradewinds and then trying to organise everything in cairns was depressing to say the least.

we went ashore and met dave glasheen, we had an introduction from our mutual friend bruce davey, owner of wildcard and i had emailed dave to let him know we were headed his way. after telling dave our woes he suggested we talk to the skipper of a prawn trawler, cape moreton, that was also anchored in the bay as he might offer to tow us or know someone who could.

we borrowed dave’s tinny to try to tow lumiel to a better anchorage, more out of the swell and closer to the beach. we had some success, but dave’s tinny was just too small to manoeuvre us where we really wanted to be

later in the day when phil, the skipper woke up, we had a brief chat about our dilemma and he said he might be able to help, but he wouldn’t be heading to cairns for a couple of weeks. exhausted after our long overnight sail and all the dramas upon our arrival we had probably a couple too many wines and collapsed into bed! 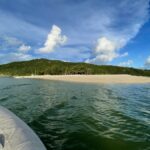 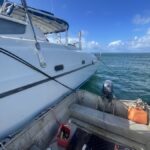 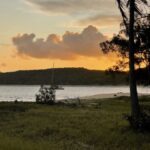 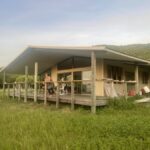 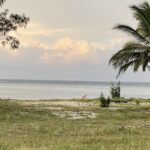 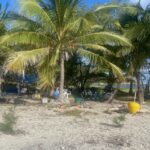 the next morning brought good news on two fronts, further investigation by dave had revealed that the port engine was not as badly damaged as he had initially thought and that maybe it would be feasible to get it back together and available for emergency use only. the second part was that meanwhile i had studied the charts and realised we only had about 160 miles to go and we would be round cape york and in the gulf of carpentaria. this meant we could consider the possibility of setting sail, with the port motor in emergency use mode, and we only had a bit over 24 hours sailing, with the south east trades behind us, and we would be in the gulf and just 2 or 3 days sailing in open waters to be home. 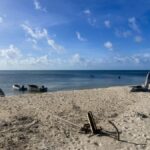 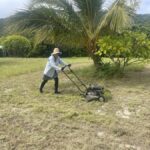 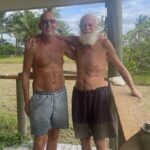 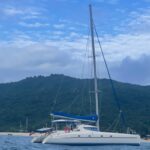 lumiel in the channel 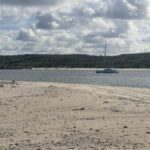 looking across the channel to chilli beach

so that became our focus, work out the tides, currents, times, speeds and routing to safely sail up the rest of the queensland coast, round cape york and into the gulf and home in one go. it would be around 4-5 days total non stop, but easy going once we were in the gulf and save an enormous amount of expense and logistical problems with a tow back south.

that morning we saw a jet ski and big tinny arrive from portland roads and land at dave’s house so we went ashore to see if they might help us move lumiel to where we wanted to be anchored so that the boat was sitting in calm waters while dave did all the work on the engine and sail drive. jason and katey were the owners of the jetski and boat and had bought 2 couples staying in their guest house in portland roads, over to the island for breakfast on the island with dave. they were cooking up a feed for everyone on the biggest paella pan i have ever seen, over an open fire! it was an impressive bit of bush cooking.

jason was more than happy to help us move, so we quickly had lumiel anchored in the best possible location, the middle of the channel between the beach on restoration island and the mainland.

we spent a lazy day with dave today, roasted a chook in the morning and took it in for lunch. sal and i took our heavy screecher in and got the twists out of it and re-rolled it, the sail had got tangled up on our trip up from lizard. sal also mowed some of the ‘lawn ‘ around dave’s house, otherwise we just hung around talking, eating and drinking a little wine. our departure for the run home is in the morning and we returned to the boat late afternoon to discover the 240v inverter has died now! keeps tripping on a high temp alarm as soon as it starts so that is the end of the coffee machine!